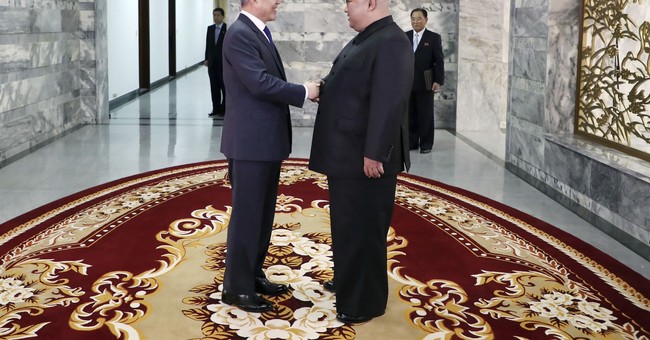 South Korean President Moon Jae-in and North Korean leader Kim Jong Un met Saturday to discuss North Korea’s possible summit with Trump and the denuclearization agreement they signed when they met for the first time in over a decade last month, according to a statement from South Korea.

"The two leaders exchanged views frankly in order to make the U.S.-N.K. summit talks happen successfully and to carry out the 4.27 Panmunjeom Declaration," Yoon Young Chan, a South Korean presidential spokesman said, citing the agreement signed in last month’s meeting between the leaders.

Saturday's meeting took place on the North Korean side of Panmunjom, a village between the North-South border in the Korean Peninsula’s Demilitarized Zone.

President Trump cancelled the summit with Kim Jong Un Thursday citing threats from the regime and an unwillingness on North Korea’s end to work out logistical details for the meeting.