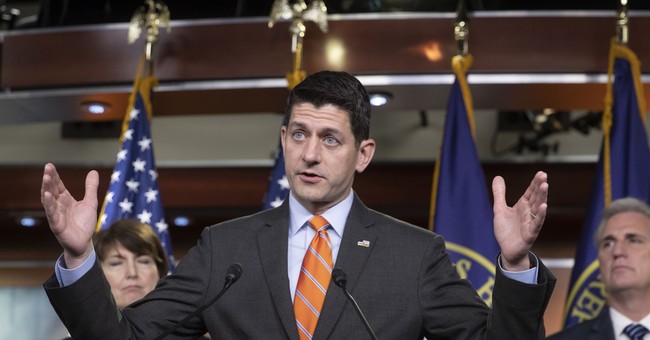 Washington, D.C. – House Speaker Paul Ryan (R-WI) spoke at the National Catholic Prayer Breakfast Thursday about how he believed the answer to many of the political problems society faces today, including “moral relativism” and “tribalism,” can be found in Catholic social teaching.

“I want to spend a few minutes reflecting on some of the gifts God is trying to give us,” he told those gathered, “namely what Catholic social doctrine brings to public life.”

“We see moral relativism becoming more and more pervasive in our culture,” he said. “Identity politics and tribalism have grown on top of this. All of it has been made more prevalent by 21st century technology. And there is plenty of money to be made on making it worse.”

“If there was ever a time and place where Catholics—from the clergy to the laity—are needed, it is here and now, in helping to solve this problem,” Ryan said and was greeted with loud applause.

Ryan called Catholic social doctrine the “perfect antidote to what ails our culture.”

“It begins with a vision of a free and virtuous society—not a set of policy prescriptions or even a toolkit for producing those prescriptions—but a vision of dignity and possibility,” he said.

He added that society’s problems “are bigger than the tone we take.”

“Our social doctrine teaches us that democracy requires solidarity, a sense of civic friendship,” he emphasized. “We see our neighbors as partners in this common enterprise—even when we disagree, especially when we disagree.”

He explained that Catholic social teaching shows that the moral culture is formed by these free associations of civil society.

Ryan also discussed the Catholic principle of subsidiarity, the idea that things ought to be handled at the lowest level possible rather than by a large, central authority. This principle was first outlined by Pope Leo XIII in his 1891 encyclical Rerum Novarum. Pope Pius XI's 1931 encyclical Quadragesimo Anno adopted the principle as a central tenet of the Church’s social teaching.

Ryan said the Church’s social doctrine “cautions us against allowing the state too great a reach into civil society.”

“We should all insist that public policy at every level permits Catholic institutions the maximum freedom to serve the poor," he emphasized,"the elderly...children yearning for foster families...women in crisis pregnancies…families torn apart by the opioid epidemic: all those who look to the church for the help they need to live lives of purpose."

He concluded that he sees “a tremendous opportunity for Catholics to lead…to help bring our culture and our country closer to that great moral potential that we have.”