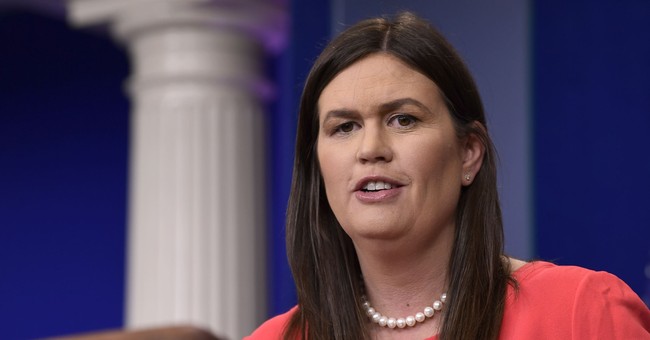 The Associated Press had to delete a tweet Thursday that portrayed President Trump’s remarks during a meeting Wednesday as referring to illegal immigrants generally rather than violent MS-13 gang members. CNN updated a tweet that quoted the remarks without the context that they were about MS-13 although the article linked in the original tweet did provide that context.

As reported in the article above, Trump’s remarks late Wednesday were in response to comments about members of MS-13 and other undocumented immigrants who are deported for committing crimes.

President Trump said “these aren’t people, these are animals, and we’re taking them out of the country at a level and at a rate that’s never happened before,” Wednesday in response to remarks about MS-13.

The New York Times has yet to issue any sort of correction or clarification despite tweeting out a story that the remarks were about illegal immigrants, not just MS-13. President Trump’s son, Donald Trump Jr., called them out Thursday.

Trump lashed out at undocumented immigrants during a White House meeting, calling those trying to breach the country’s borders “animals” https://t.co/aQNeu29T6e pic.twitter.com/ogrFKaWyDZ

Weird what happenes when you take out the first sentence specifically talking about MS-13 gang members. Not surprising that you would conveniently ignore that but I would think your readers deserve the truth not your chosen narrative. How does this even pass for “journalism”? https://t.co/fb6MRzUAjW

“If liberals and the media want to defend MS-13 they are welcome to,” she added.

Several Democratic lawmakers did not update tweets expressing outrage over Trump's remarks despite the clarification that they were about MS-13.

When all of our great-great-grandparents came to America they weren’t “animals,” and these people aren’t either.

.@realDonaldTrump, would you speak that way about your ancestors? Let me tell you something: When you attack immigrants, you're attacking me. You're attacking my grandfather who crossed the Rio Grande to pursue the American Dream. RT to tell Pres. Trump you stand with immigrants! https://t.co/nPeI4mqBdA

My father fled Nazi Germany to come to America—a country of tolerance, freedom, and opportunity. President Trump’s ugly language is a disgraceful betrayal of those values. https://t.co/u4YUnQFp8f

You can disagree about immigration policies, but it’s dangerous and unconscionable to call human beings ‘animals’ as @realDonaldTrump did yesterday. This President has a horrific pattern of inflaming hate & dehumanizing minorities. We must all stand up against this bigotry.

Editor's note: This post has been updated to reflect that CNN did provide the full context that Trump's remarks were about MS-13 in the story linked in their original tweet.