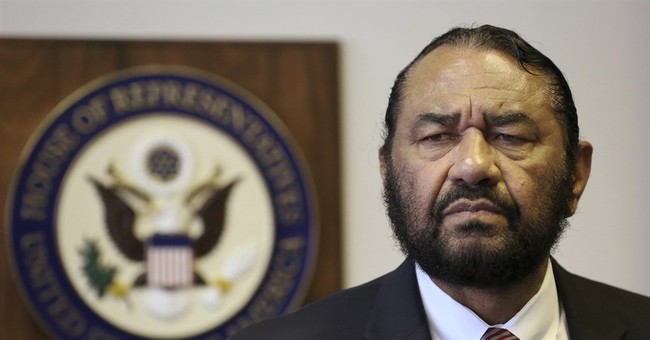 “It is regrettable that Leader Pelosi would trivialize President Trump’s hateful discrimination against Jews, Latinos, Blacks, Women, and the LGBTQ community by reducing the president’s harmful bigotry to his ‘being a jerk,’” Green said in a statement Monday.

“Love for my country will not permit me to allow the president’s bigotry to be trivialized and minimized,” he added.

Waters most recently called for President Trump's impeachment because of his decision to leave the Iran nuclear deal which, she believes, isolates the United States.

Pelosi cautioned against impeachment talk in one of her press briefings last month, especially in light of the impending midterm elections.

"On the political side, I think it's a gift to Republicans to talk about impeachment," Pelosi said.

"I have said over and over again,” she emphasized. “I don't think we should be talking about impeachment."

"This is an election we must win for our children and the fate of the nation,” she said in regard to the midterms. “This election is not about what's going on in the White House and the rest of that."