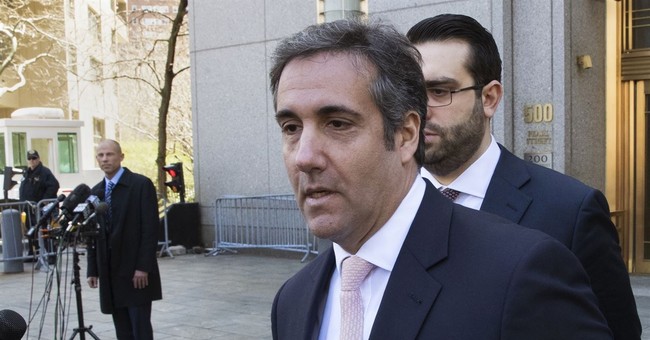 NBC and ABC News both issued corrections Thursday evening after reporting earlier in the day that President Trump’s personal attorney Michael Cohen had his phone wiretapped by federal investigators. The networks clarified that Cohen had not been wiretapped.

NBC first reported that “Cohen's phone lines had been wiretapped, meaning a judge had given investigators approval to listen to phone calls.”

According to NBC, “the calls are logged by what is commonly referred to as a pen register, which records the number of the phone that made the call and the number that received it, but does not record the contents of any conversation.”

Trump's lawyer Rudy Giuliani had been skeptical of the reports of wiretapping prior to the correction Thursday in an interview with The Daily Beast.

"We don't believe it's true," Giuliani said. 'We think it’s going to turn out to be untrue because it would be totally illegal. You can’t wiretap a lawyer, you certainly can’t wiretap his client who’s not involved in the investigation.'

"No one has suggested that Trump was involved in that investigation," he added. "So they’re going to wiretap the lawyer, his client, and his client the president of the United States? I don’t think so, not if they want to stay out of jail. [And] disclosing a wiretap is a federal felony."