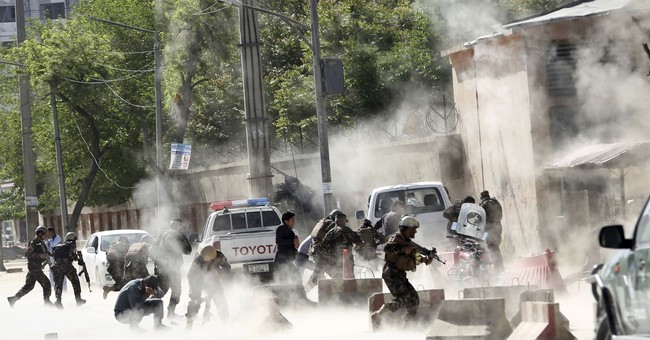 The bomber targeted journalists, disguising himself as a cameraman going to the site after a first explosion, according to Agence France Presse.

AFP photographer Shah Marai is among the dead.

AFP Global News Director Michele Leridon commented on the death of the photographer in a statement.

"This is a devastating blow, for the brave staff of our close-knit Kabul bureau and the entire agency,” she said. “Shah Marai was a treasured colleague who spent more than 15 years documenting the tragic conflict in Afghanistan for AFP."

BBC listed other journalists that have been identified as victims:

Radio Free Europe/Radio Liberty confirmed that three of its journalists were killed in the attack. Abadullah Hananzai, a journalist and cameraman, had been working on a story about narcotics, while Maharram Durrani worked on the weekly women's programme. Sabawoon Kakar had earlier been listed as injured, but died later in hospital

ISIS claimed responsibility for the attacks in a statement on the social media app Telegram, according to CNN. The group said a "martyrdom brother" blew his explosive vest up among a group of "apostates." They identified the first bomber as Qaqaa al-Kurdi and the second as Khalil al-Qurshi, but did not provide evidence of their claims.