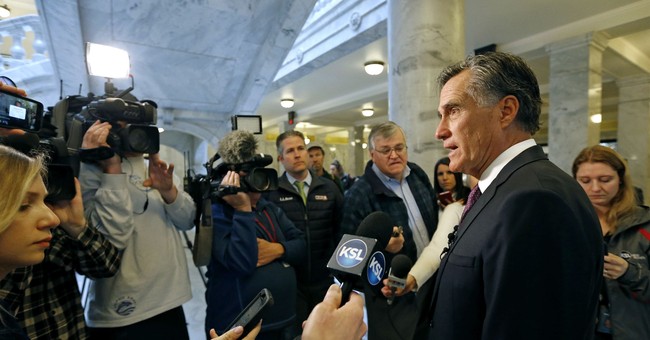 Mitt Romney, who is running for U.S. Senate, said during a question and answer session in Utah Monday that he is “more of a hawk on immigration than even the president.”

“My view was these DACA kids shouldn’t all be allowed to stay in the country legally,” he said, according to The Daily Herald.

This stance lines up with comments Romney made as the Republican candidate for president in 2012.

Trump did announce an end to the Deferred Action for Childhood Arrivals (DACA) program last year. He has since tried to compromise with Democrats on the issue and presented a plan, ultimately rejected by Democrats, that included a pathway to citizenship for 1.8 million DACA recipients in February.

Romney said he was opposed to that plan.

“That was not my posture,” Romney said. “So I was more conservative than others in my party. Now I will accept the president’s view on this, but for me, I draw the line and say, those who’ve come illegally should not be given a special path to citizenship.”

He argued that DACA recipients “need to do more” to justify citizenship, such as earning a college degree or serving in the military.

“(Trump) has endorsed me in this race,” Romney said. “He respects people who speak their mind, because now and then, as you know, if he says something I think is wrong, I’ll point it out. And if he disagrees with me, he points it out even harder.”

Romney emphasized that he would not be afraid to continue to publicly disagree with Trump.

“There are times when the president may have said something that is either racist, or anti-woman, that is divisive,” he said. “And if that happens, I’ll call him out on it.”

He is running to replace Sen. Orrin Hatch (R-UT), who has announced his retirement at the end of his current term.