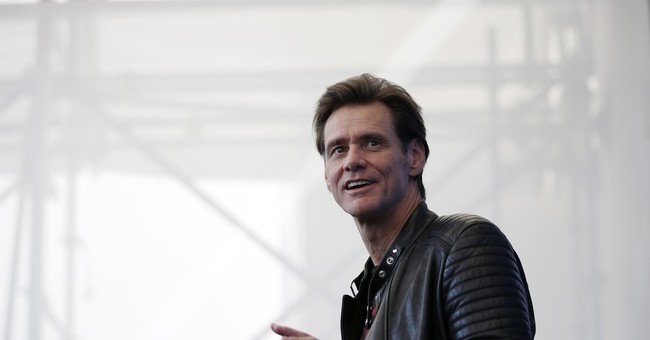 Actor Jim Carrey faced criticism Saturday after tweeting an unflattering portrait of a woman that seems intended to be White House Press Secretary Sarah Huckabee Sanders with the caption “This is the portrait of a so-called Christian whose only purpose in life is to lie for the wicked. Monstrous!”

This is the portrait of a so-called Christian whose only purpose in life is to lie for the wicked. Monstrous! pic.twitter.com/MeYLTy1pqb

Many Twitter users responded to the tweet by criticizing Carrey for an unkind portrayal of Sanders, regardless of political views.

Sanders’s father, former Arkansas Gov. Mike Huckabee, responded to the tweet by calling Carrey a “bully” and “Christaphobe” over the attack on his daughter.

Pathetic BULLY, sexist, hater, bigot & "Christaphobe" @jimcarrey attacks @PressSec for her faith; what would be hypocritical Hollywood reaction if he called someone a "so-called Muslim" or "so-called Jew?" #classlessCarrey https://t.co/HCqHoER0Ru

A spokeswoman for Carrey confirmed to the Associated Press that Carrey painted the image but would not confirm that it was Sanders.

Carrey has been very vocally opposed to the Trump presidency since the election. He even defended comedian Kathy Griffin's video in which she help up a severed, bloody head resembling Trump and tweeted a bizarre attack on Trump voters, comparing them to zombies.

Lately, Carrey has been dabbling in political artwork targeting Republicans and the Trump administration.