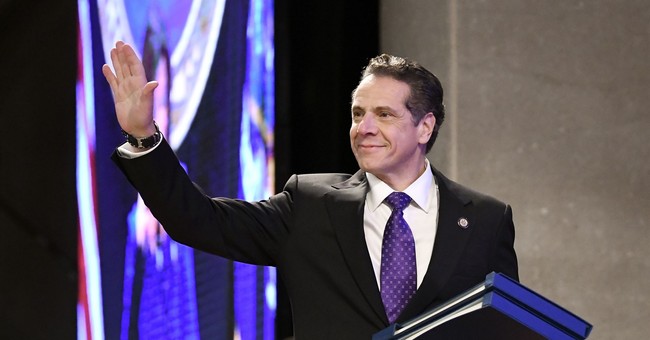 Cuomo concluded his speech by calling the head of the nation’s largest abortion provider “an inspiration to all of us and to a generation across the nation.”

It was a privilege today to present @CecileRichards the Governor’s Medal of Public Service, in recognition of her extraordinary leadership and fearless advocacy.

Thank you for your service, Cecile. pic.twitter.com/9dbSsx3gIq

Richards accepted the award saying, “I’m so proud he’s my governor,” but then asking the crowd to “give it up for Mario, oh my God for Andrew Cuomo,” appearing to confuse Cuomo with his late father who was governor of New York from 1983 to 1994.

She had high praise for the state’s policies, saying in her speech, "New York state should be the north star for the country, of where we have to be."

Cuomo even wants to add Roe v. Wade to the state constitution which was something he emphasized in his speech.