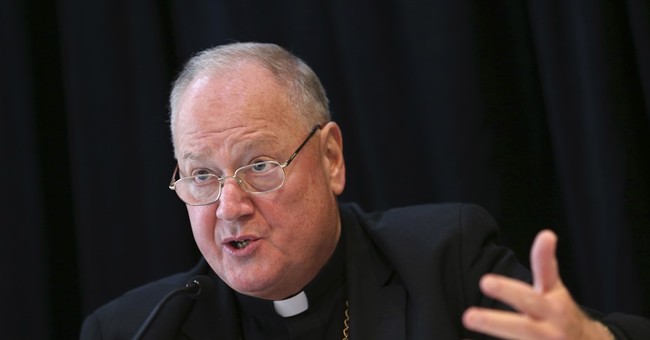 The U.S. Conference of Catholic Bishops, in a statement Tuesday, called on faithful Catholics to “flood Congress with emails and calls asking for enactment of the Conscience Protection Act as part of the 2018 funding bill and to pray for this outcome.”

The Conscience Protection Act would forbid discrimination against a health care provider based on the provider's refusal to be involved in, or provide coverage for, abortion.

According to the Bishops’ statement, Congress is considering whether to include the Conscience Protection Act in upcoming government funding legislation, known as the omnibus, that must pass by March 23rd to avoid a government shutdown.

Cardinal Timothy M. Dolan of New York, the USCCB’s chair on Pro-Life Activities and Archbishop Joseph E. Kurtz of Louisville, chair of the USCCB's Committee for Religious Liberty, state that "increasing and fierce attacks on conscience rights regarding abortion cry out for an immediate remedy. Nurses and other health care providers and institutions are being forced to choose between participating in abortions or leaving health care altogether.”

“Churches and pro-life Americans are being forced to provide coverage for elective abortions—including late-term abortions—in their health care plans,” they continue. “Opponents and supporters of abortion should be able to agree that no one should be forced to participate in abortion. Congress must remedy this problem by enacting the Conscience Protection Act now as part of the FY 2018 funding bill.”

Cathy DeCarlo, formerly a nurse at Mount Sinai Hospital in New York, spoke last year on Capitol Hill about her horrible experience being forced to choose between assisting with an abortion or losing her job.

He said he has “high hopes that violations of the Weldon amendment and the arrogance of the California abortion mandate AB775 will be investigated and resolved quickly.”

McCarthy told Townhall in December that he’s working with the administration to address that issue.