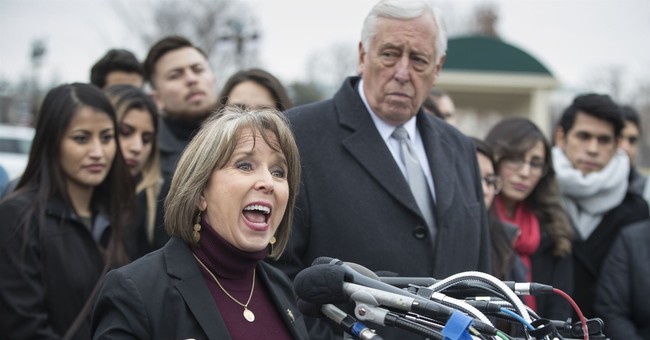 Rep. Michelle Lujan Grisham (D-NM) introduced a bill Tuesday called “Eliminating the HHS Discrimination Division of 2018” which would get rid of the newly created Conscience and Religious Freedom Division within the Department of Health and Human Services (HHS).

Rep. Grisham, who is chairwoman of the Congressional Hispanic Caucus, is claiming that the division is discriminatory because it allows medical providers to “determine a patient’s care based on their personal religious beliefs.”

“A patient’s health and wellness should always come first and the Trump Administration has no business facilitating discrimination and creating barriers for medically necessary health care that will ultimately harm patient health and endanger lives,” Grisham said in a statement.

“This Division was created with the sole purpose of allowing hospitals, doctors, nurses, and even administrative staff to determine a patient’s care based on their personal religious beliefs, not on what is best for the patient,” she claimed. “I am proud to introduce this legislation to ensure that every American, regardless of their gender identity, reproductive health care choices, or need for any type of medical care, has access to quality, comprehensive health care.”

Louise Melling, Deputy Legal Director for ACLU, applauded Grisham’s bill, commenting that “this Administration has made clear its intentions: To countenance discrimination and harm in the name of religious liberty. Medical standards, not religious beliefs, should guide our health care policies. No one should be humiliated, demeaned, and left to suffer because of who they are or the health care they need.”

Harper Jean Tobin, Director of Policy for the National Center for Transgender Equality, said that "In health care, patients' needs and health should always come first. We all value religious freedom, but refusing care to patients in need makes a mockery of values we all share. The HHS Office for Civil Rights should be stopping this kind of unlawful discrimination, not promoting it."

Planned Parenthood said last month that the division and new policies “would allow health care workers to discriminate against patients by citing religious, moral, or personal objections," calling it a "dangerous policy that could block patients from getting care, simply for who they are, the kind of care they seek, or whom they love.”

Rep. Vicky Hartzler (R-MO) said last month at the division’s announcement that “the need for this division has become acutely apparent.” She brought up the case of Cathy DeCarlo, formerly a nurse at Mount Sinai Hospital in New York, who was forced to choose between assisting with an abortion or losing her job. DeCarlo told her story on Capitol Hill in November.

At the event last month, House Majority Leader Kevin McCarthy (R-CA) cited the Little Sisters of the Poor’s ongoing lawsuit against the Obamacare contraceptive mandate which they declined to comply with due to religious objections.

“Nuns have been forced to put aside their lives of service of the elderly and sit and have to go to court humbly requesting that they not be required to pay for practices that end the lives of children,” he said.

Grisham’s bill is unlikely to succeed in the Republican-led House of Representatives.