Ruth Bader Ginsburg Talks About Her Own 'MeToo' Moment 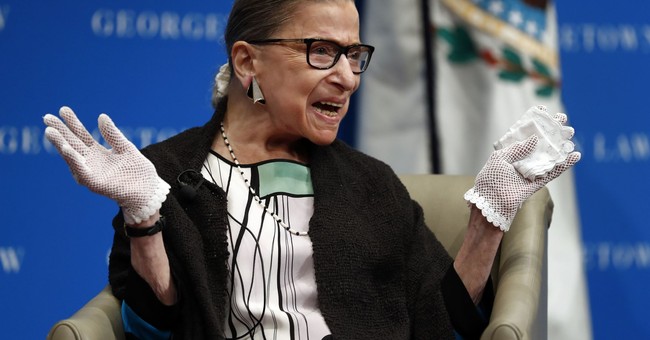 Ginsburg told CNN’s Poppy Harlow that she thinks the #MeToo movement will have "staying power" and she doesn’t foresee a serious backlash.

"It's too widespread," she said. "For the first time, women are really listened to because sexual harassment had often been dismissed as 'well, she made it up.'"

Ginsburg also recounted her own story of harassment that she experienced when she was a student at Cornell.

She said she asked a chemistry professor for additional help and he gave her what he called "practice exam." Ginsburg learned the next day that the practice exam he had given her was the real exam. She said she was outraged.

"I knew just what he expected in return," she said, saying she went back to him and asked "how dare you?"

"There were many incidents like that,” she added, “but in those days the attitude was, 'what can we do about it? Nothing. Boys will be boys.'"

Harlow brought up the 2016 election with Ginsburg as well, asking directly whether she thought sexism played a role in it.

"I think it was difficult for Hillary Clinton to get by, in the macho atmosphere prevailing during that campaign,” Ginsburg replied. “And she was criticized in a way I think no man would have been criticized."

"Sexism played a prominent part," she said, but added that she thinks America is ready for a woman president.

She then stopped herself from further discussion of the topic, saying "we should be careful about not getting me too much in the political arena."