Bette Midler and Others 'Joke' About Attack on Rand Paul 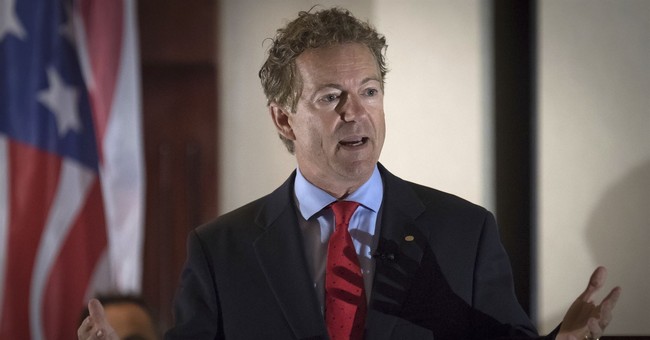 As Sen. Rand Paul (R-KY) singlehandedly and briefly shut down the government for a few hours Thursday evening into Friday morning, actress and comedian Bette Midler, along with some in the media and even one lawmaker, took out their frustration on Paul by “joking” about a violent assault by his neighbor that occurred last year.

Paul was protesting the increased spending and debt caused by the budget deal, but rather than argue against his points Midler and others sent out tweets implying wishes of violence against him.

Where’s Rand Paul’s neighbor when we need him?

Tonight, everyone in the Senate is Rand Paul’s aggrieved neighbor.

Lots of lawmakers pissed at @RandPaul right now for holding this budget deal up. "Someone needs to fly his neighbor up here," says one

“When Rand Paul pulls a stunt like this, it easy to understand why it's difficult to be Rand Paul's next door neighbor,” Rep. Charlie Dent (R-PA) told Politico. “The whole delay and filibuster exercise on the budget agreement is utterly pointless.”

Paul was hospitalized after the attack and suffered six broken ribs. His neighbor, Rene Boucher, has pleaded not guilty to a charge of fourth-degree assault and would face up to a year in prison if convicted.

Following the assault Paul’s wife wrote an op-ed saying the media victimized her husband a second time due to their extremely unkind coverage of the incident. She wrote that some in the media were “delighting in hateful headlines like ‘Not A Perfect Neighbor,’ and concocting theories about an ‘ongoing dispute,’ based on nothing more than speculation from an attention-seeking person with no knowledge of anything to do with us.”