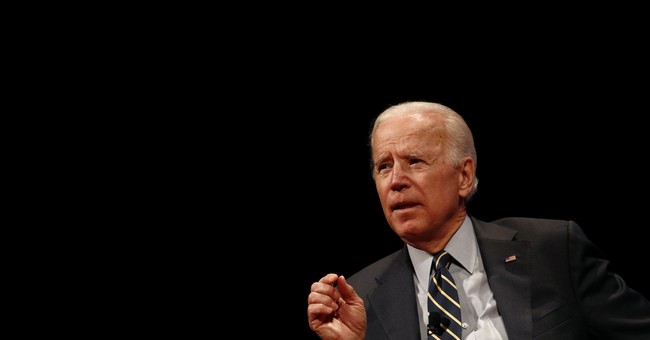 Former Vice President Joe Biden said President Trump was “a joke” Tuesday in a CNN interview when he was asked about the White House describing Trump’s comments, calling Democrats not applauding at his State of the Union address “treasonous,” as tongue-in-cheek.

CNN Anchor Chris Cuomo brought up the White House’s response to the remarks saying, “They say it was tongue-in-cheek. Democrats can’t take a joke.”

“Well, let me tell you, he’s a joke,” Biden responded.

Biden also made some strong statements over the President’s recent attacks on the FBI.

“This is the first president to make a full-throated, unvarnished attack on the entirety of the FBI,” he said. “This was — this is to discredit the FBI and discredit his own Justice Department.”

Trump has repeatedly accused officials at the FBI and DOJ of bias against him, especially in light of the recently released House Intelligence Committee memo alleging that the agencies secured a FISA warrant for surveillance against members of Trump’s campaign based on the unverified anti-Trump dossier authored by Chris Steele.