DOJ Asks Judge to Toss Out Charges Against Sen. Menendez in Corruption Trial 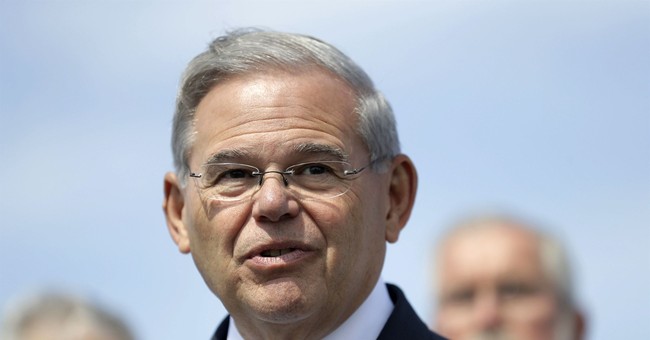 The Justice Department decided Wednesday not to pursue corruption charges against Sen. Bob Menendez (D-NJ). The corruption trial ended in a hung jury last November and last week the judge threw out some of the charges.

According to The Washington Post, prosecutors asked U.S. District Court Judge Jose Linares to “dismiss the superseding indictment’’ against Menendez.

The DOJ’s request to dismiss charges comes after prosecutors had said just two weeks ago that they would continue to pursue the case.

“Given the impact of the court’s Jan. 24 order on the charges and the evidence admissible in a retrial, the United States has determined that it will not retry the defendants on the remaining charges,’’ the DOJ said in a statement on their decision.

Sen. Menendez commented that “from the very beginning, I never wavered in my innocence and my belief that justice would prevail. I am grateful that the Department of Justice has taken the time to reevaluate its case and come to the appropriate conclusion.”

“I thank God for hearing my prayers and for giving me strength during this difficult time,” he added. “I have devoted my life to serving the people of New Jersey, and am forever thankful for all who have stood by me. No matter the challenges ahead, I will never stop fighting for New Jersey and the values we share.”

Menendez had been charged with 18 counts of fraud and bribery, along with his friend Dr. Salomon Melgen, for helping Melgen resolve an $8.9 million Medicare dispute and for obtaining visas for Melgen’s foreign girlfriends in exchange for gifts and around $750,000 in political contributions.