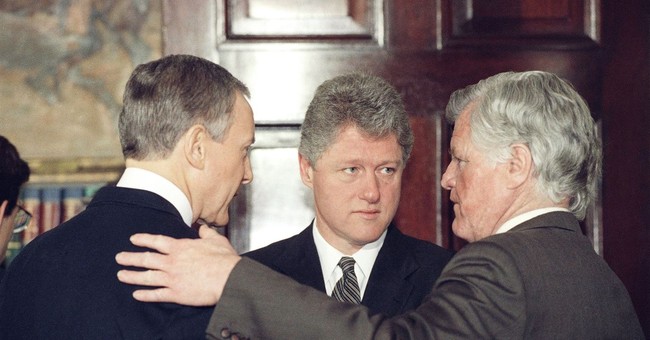 Fox News Channel announced Tuesday that it will launch “Scandalous,” a seven-week series following the sequence of events that led to the impeachment of former President Bill Clinton.

The series' first installment will air on January 21st with a look at the investigations of Clinton by the Office of the Independent Counsel.

According to Fox, the series features interviews with over 45 people who were involved at the time in the investigation and subsequent impeachment trial on both sides.

Linda Tripp, known for secretly recording conversations with Monica Lewinsky about Lewinsky's relationship with Clinton, will also participate in the series, along with Susan McDougal, who served prison time for contempt and fraud related to the Whitewater controversy.

A source familiar with the series says that the network hopes for “Scandalous” to become a franchise, focused on key historical events and scandals in history and that this series has been in discussion and production for over two years, prior to the 2016 election.

The impeachment process against Clinton began in December of 1998 in the U.S. House of Representatives on charges of perjury and obstruction of justice. Clinton was acquitted of the charges by the Senate in February 1999. Clinton was the second President of the United States to be impeached.