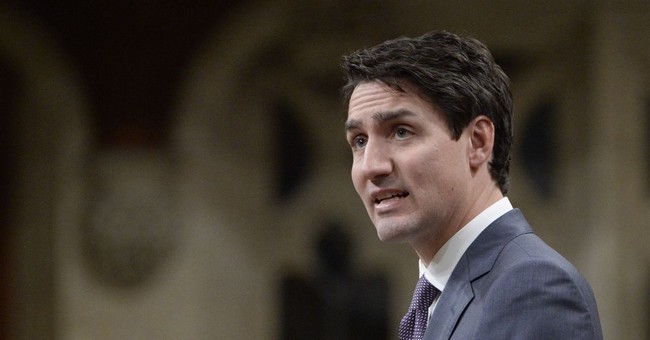 Canadian Prime Minister Justin Trudeau spoke Wednesday about a new requirement in the Canadian summer jobs grant application that groups must indicate support for “the right to access safe and legal abortions” to be included in the program. Trudeau defended the requirement and called groups opposed to abortion “not in line with where we are as a government, and quite frankly where we are as a society.”

He went on to explain his issue with pro-life groups receiving the grant.

“An organization that has the explicit purpose of restricting women’s rights by removing rights to abortion and the right for women to control their own bodies is not in line with where we are as a government, and quite frankly where we are as a society,” he said.

He also clarified that while people can believe what they want, acting on those beliefs was problematic, in his view.

“Of course, you’re more than allowed to have whatever beliefs you like,” he continued. “But when those beliefs lead to actions determined to restrict a woman’s right to control her own body, that’s where I, and I think we, draw the line as a country. And that’s where we stand on that.”

“Women have fought for generations for the right to control their own bodies, to be able to choose themselves what to do with their bodies, when and with whom to have children,” he emphasized. “This is a really important right that we have established.”

Toronto Right to Life sued over the requirement last week saying it violated their Canadian Charter rights to freedom of expression and to freedom of conscience and religion.

“Our conscience compels us to not sign that attestation,” Blaise Alleyne, president of Toronto Right to Life told the Catholic Herald. “It is a violation of our freedom of conscience and freedom of expression for the government to compel speech or else punish us by withholding an unrelated benefit.”

Share this on Facebook
Tweet
Here's Why the Liberal Media Got Scalped With Their Rudy Giuliani Coverage
Matt Vespa
Rep. Jim Banks Tells It Like It Is: Liz Cheney is a 'Distraction'
Rebecca Downs
Canadian Pastor Arrested and Dragged Off by SWAT Team on Busy Highway for 'Inciting' People to Go to Church
Rebecca Downs
Why a Reporter Suggested That Fox News be Stripped Of Its First Amendment Protections. It's Eye-Roll Worthy.
Matt Vespa
The Latest Round of Attacks on Ron DeSantis Have Gone From 'Desperate to Weird'
Katie Pavlich
Longtime Detroit Police Chief is Running Against Michigan Governor Gretchen Whitmer
Katie Pavlich
CARTOONS | Steve Breen
View Cartoon
Most Popular