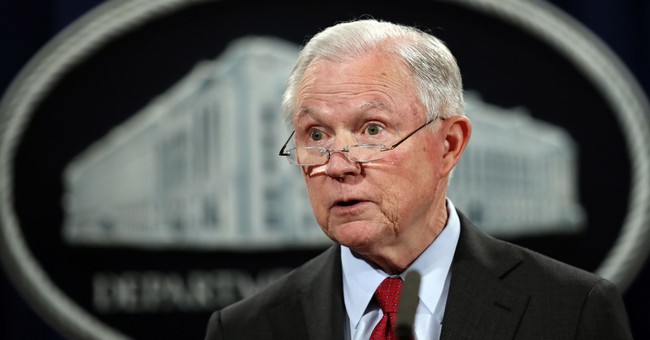 “In deciding which marijuana activities to prosecute under these laws with the Department’s finite resources, prosecutors should follow the well-established principles that govern all federal prosecutions,” Sessions wrote, by considering the seriousness of the crime and its impact on the community.

The new policy will allow U.S. attorneys in the states where marijuana is legal to decide whether or not to enforce federal marijuana law. The move may add to confusion over whether one can grow, buy or use marijuana in states that have legalized it, given the federal restrictions on it.

Officials were unable to tell AP initially what the announcement's impact will be on the legal marijuana industry or whether it will lead to more prosecutions.

The decision comes just days after the legalized sale of recreational marijuana began in California.

Sessions said that marijuana was “slightly less awful” than heroin in a speech to law enforcement officials in March.

“I reject the idea that America will be a better place if marijuana is sold in every corner store,” he said. “And I am astonished to hear people suggest that we can solve our heroin crisis by legalizing marijuana – so people can trade one life-wrecking dependency for another that’s only slightly less awful. Our nation needs to say clearly once again that using drugs will destroy your life.”