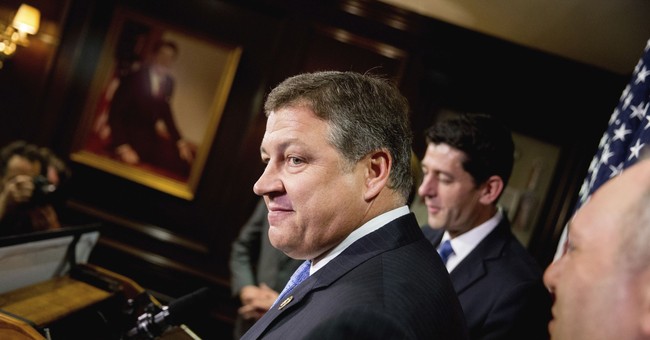 Rep. Bill Shuster (R-PA) told the Washington Examiner Tuesday that he will not be seeking re-election when his term ends at the end of this year. Shuster is the chair of the House Transportation Committee and said that he would like to focus solely on helping President Trump pass a massive infrastructure bill this year.

“I thought it was the best decision for me to focus 100 percent on my final year as the chairman of the Transportation Committee, working with the president and other Democrats and Republicans to pass an infrastructure bill, which is much needed to rebuild America,” Rep. Shuster explained.

“This is a president who really understands how to build things, how to finance things, and how to get them done on time and under budget,” he added. “It's an exciting time to be the chairman of the committee, so I didn't want to take my eye off the ball at all.”

House GOP chairmen are limited to serving three consecutive two-year terms, so if Shuster stayed in the House he would have to give up the post of Transportation Committee chair, a post he has held since 2013.

Shuster dealt with scandal in 2015 when he admitted to having a “private and personal relationship” with an airline industry lobbyist while his committee oversaw airline legislation.