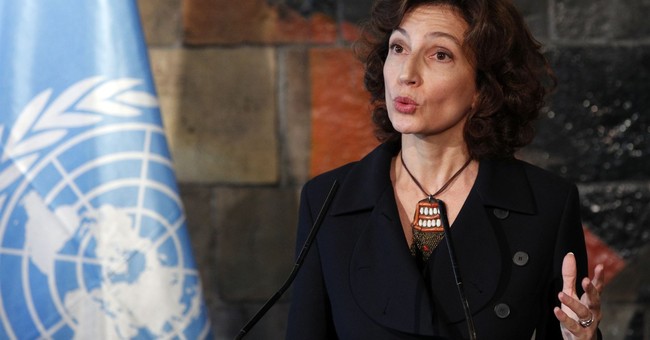 Israel announced in October that it was following the U.S.’s lead and withdrawing from the United Nations Educational, Scientific and Cultural Organization (UNESCO) over its anti-Israel bias. UNESCO confirmed Friday that Israel will be withdrawing effective December 2018 and expressed its regret over the decision.

UNESCO Director-General Audrey Azoulay confirmed that she had received official withdrawal notice from Israel’s government and expressed regret over the decision saying she felt that it “is inside UNESCO and not outside it” that States can best seek to overcome differences.

“A Member of UNESCO since 1949, Israel has a rightful place inside the United Nations agency that is dedicated to education, culture and science,” she said. “Inside an institution committed to the defence of freedom of expression, the prevention of all forms of antisemitism and racism, which has developed a unique programme of education about the Holocaust and the prevention of genocide. Inside an institution that is among the most active in promoting dialogue among cultures, fighting violent extremism and conserving heritage affected, notably, by the destructive acts of terrorist organizations.”

“In the face of disagreements among Member States, which lead to votes for which they are responsible, engaging fully in the work of UNESCO makes possible sustained dialogue, cooperation and partnerships that are more necessary than ever and that I committed to support when I took office,” Azoulay concluded.

The U.S. informed UNESCO of its withdrawal in October citing “concerns with mounting arrears at UNESCO, the need for fundamental reform in the organization, and continuing anti-Israel bias at UNESCO.” That withdrawal will also be effective December 2018.