Sanders to WH Reporters: Trump Tweet About Gillibrand Was Sexual Innuendo 'Only If Your Mind Is in the Gutter' 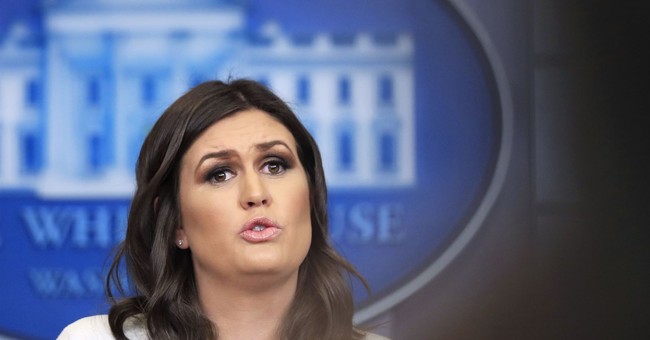 White House Press Secretary Sarah Huckabee Sanders told reporters Tuesday that President Trump’s recent tweet saying that Sen. Kirsten Gillibrand (D-NY) “would do anything” for campaign contributions could be seen as sexual innuendo “only if your mind is in the gutter.”

WH says Trump doesn't owe Sen. Gillibrand an apology and that Trump's tweet only suggestive 'if your mind is in the gutter' pic.twitter.com/apJqCDmzLg

“I think only if your mind is in the gutter would you have read it that way,” Sanders said.

“He’s used similar terminology many times when talking about politicians of both parties, both men and women, and certainly in his campaign to drain the swamp," Sanders told ABC’s Cecilia Vargas. "The system is clearly broken it’s clearly rigged for special interests and this president is someone that can’t be bought.”

Sen. Gillibrand responded to the tweet Tuesday by replying that Trump “cannot silence” her. Sen. Elizabeth Warren, in an attempt to defend her colleague, seemed to misuse the term “slut-shaming” when condemning Trump for his tweet.