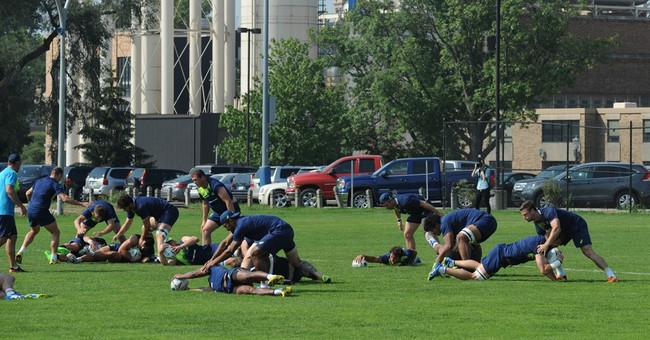 In a major reversal Tuesday, the University of Notre Dame announced that it would continue to provide coverage for contraception for employees and students. The school had announced just last week that it would discontinue the coverage due to religious objections, citing the Trump administration’s broadening of religious exemptions to the Obamacare contraceptive mandate.

Notre Dame spokesman Paul Browne issued the following email statement, the South Bend Tribune reported Tuesday, "After the US Health and Human Services announcement on Oct. 6, we believed that insurance companies would discontinue no cost coverage for contraceptives for employees at the end of the year. Since then, we have been informed that Meritain Health/OptumRx will continue such coverage indefinitely.”

“Notre Dame, as a Catholic institution, follows Catholic teaching about the use of contraceptives and engaged in the recent lawsuit to protect its freedom to act in accord with its principles,” the statement continues. “Recognizing, however, the plurality of religious and other convictions among its employees, it will not interfere with the provision of contraceptives that will be administered and funded independently of the University."

While it is unclear what exactly prompted the reversal, it may be related to the negative press coverage the school got following their announcement last week.

Notre Dame, while nominally Catholic, has faced intense criticism in the past for decisions that seemed at odds with Catholic teaching, including their decision to have pro-abortion then-President Obama give a commencement address in 2009 and their decision last year to honor pro-abortion former vice president Joe Biden with the Laetare Medal.

However the school’s Catholic and conservative critics might react, the abortion advocacy group NARAL approves of their decision calling it a “big win” for faculty and students.

Freedom of religion is not the freedom to impose your beliefs on others. Big win for @NotreDame faculty & students: https://t.co/Fu5Rv906Ua

“The University joined a lawsuit against the previous federal rules – by which the government decreed which institutions were sufficiently religious to be exempted and forced those who were not to sign the HHS waiver – because it believes critical issues of religious freedom were at stake,” Fr. Jenkins said at the time. “For that reason, we welcome this reversal and applaud the attorney general’s statement that ‘except in the narrowest circumstances, no one should be forced to choose between living out his or her faith and complying with the law.’”