Man with Down Syndrome Delivers Powerful Message on Capitol Hill 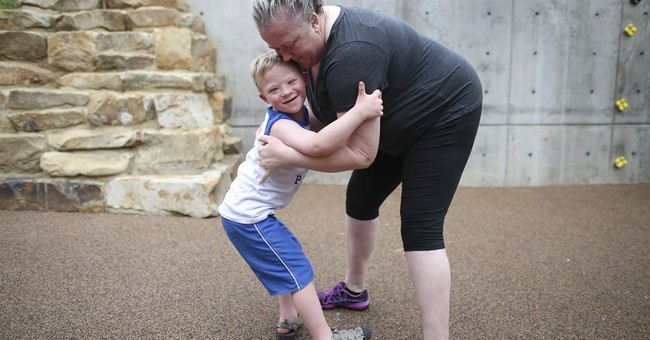 Frank Stephens, an actor, advocate, and adult living with Down Syndrome, spoke at a Congressional hearing Wednesday urging Congress to fund vital research on Down syndrome and its link to Alzheimer’s in the NIH budget.

“Let me say that I am not a research scientist,” Stephens began, “however, no one here knows more about life with Down syndrome than I do. Whatever you learn today please remember this: I am a man with Down syndrome and my life is worth living.”

“Across the world,” he said, “a notion is being sold that maybe we don’t need research concerning Down syndrome. Some people say pre-natal screenings will identify Down syndrome in the womb, and those pregnancies will just be terminated.”

Stephens paused, saying “it is hard for me to sit here and say those words. Let’s be clear, I completely understand that the people pushing that particular ‘final solution’ are saying that people like me should not exist. They are saying that we have too little value to exist.”

In his written testimony, Stephens referenced the high rates of abortion across the globe and a recent CBS report that Iceland was terminating nearly 100 percent of unborn babies diagnosed with the condition. According to CBS, the United States has an estimated abortion rate of 67 percent (1995-2011) for unborn babies diagnosed with the condition.

“Seriously, I have a great life,” he pointed out. “I have lectured at universities, I have acted in an award winning film and on an Emmy winning TV show, and spoken to thousands of young people about the value of inclusion in making America great."

"I have even been to the White House twice," he added, joking "I didn’t have to jump the fence either time.”

Stephens said that while he doesn’t feel he should have to justify his existence, he wanted to highlight some of the benefits of Down syndrome and research of the condition.

“We are a medical gift to society,” he said, “a blueprint for medical research into cancer, Alzheimer’s, and Immune System disorders.”

He added, on a personal note, “I cannot tell you how much it means to me that my extra chromosome might lead to the answer to Alzheimer’s. It is likely that this thief will one day steal my memories, my very life from me. This is very hard for me to say, but it has already begun to steal my Mom from me. Please think about all those people you love the way I love my Mom.”

Stephens also cited a Harvard based study that “discovered that people with Down syndrome, as well as their parents and siblings are happier than society at large.”

“Surely happiness is worth something?” he asked.

We are the canary in the eugenics coal mine,” he warned. “We are giving the world a chance to think about the ethics of choosing which humans get a chance at life.”

“Let’s be America, not Iceland or Denmark. Let’s pursue answers, not ‘final solutions,’” he concluded. “Let’s be America. Let’s make our goal to be Alzheimer’s free, not Down syndrome free.”