CBS Reports Iceland Has 'Virtually Eliminated' Down Syndrome with Abortion 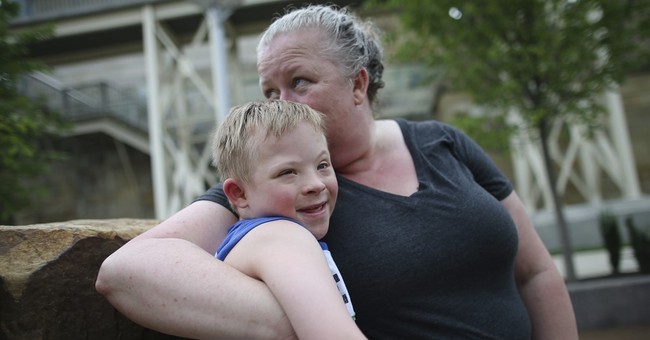 CBS featured a story Monday about “the country where Down syndrome is disappearing,” namely Iceland. Had they uncovered an amazing new treatment for the chromosome abnormality that causes Down syndrome? No, CBS was reporting on the prenatal screenings that caused diagnosis and close to 100 percent abortion rates for unborn Down syndrome babies.

In other words, Iceland has not “virtually eliminated” Down syndrome, as this tweet suggests. Iceland promotes screening for the condition and abortion.

“With the rise of prenatal screening tests across Europe and the United States, the number of babies born with Down syndrome has significantly decreased,”CBS opens, “but few countries have come as close to eradicating Down syndrome births as Iceland.”

CBS describes the extensive prenatal screenings which “are optional,” but “the government states that all expectant mothers must be informed about availability of screening tests, which reveal the likelihood of a child being born with Down syndrome. Around 80 to 85 percent of pregnant women choose to take the prenatal screening test, according to Landspitali University Hospital in Reykjavik.”

The CBS segment itself does a decent job of exploring the ethical implications on Iceland’s society. Although it continues to frame the screenings as “eliminating Down syndrome,” it does acknowledge that people with Down syndrome can lead “full lives.”

In one portion of the segment a woman living in Iceland independently with the condition tells CBS’s Elaine Quijano that people “just see Downs. They don’t see me.”

“It doesn’t feel good,” she added, “I want people to see that I am just like everybody else.”

Quijano spends time with her at an improv class and with her boyfriend, even telling the family at one point, “it makes me happy to see such happy people.”

There are organizations that, rather than focusing on screening and abortion, actively pursue research about how to treat Down syndrome such as the Jerome Lejeune Foundation which is based in France and plans to open a special hospital in the US. They build on the work of the famed geneticist Jerome Lejeune who discovered the extra chromosome that caused the condition and dedicated his life to people with the condition.

Lejeune strongly lamented that his discovery led to prenatal screenings for the extra chromosome and abortion.

“For Jerome it was horrible,” his widow said at a May press conference about the hospital, “he said I cannot, I love my patients and when I see them, I cannot kill them when they are not yet born.”

“It’s terrible for somebody to make a discovery to see that it is being used to the contrary of what he desired and in France now 96 percent of children [with the condition are] aborted before they are born,” she lamented.

CBS also recounts the story of Thordis Ingadottir who had a little girl with Down syndrome, Augusta, whose condition was missed by the test which is only 85 percent accurate.

The story notes that “since the birth of her daughter, Ingadottir has become an activist for the rights of people with Down syndrome.”

Ingadottir tells them that as Agusta grows up, "I will hope that she will be fully integrated on her own terms in this society. That's my dream."

One geneticist Kari Stefansson, the founder of deCODE Genetics, a company “that has studied nearly the entire Icelandic population's genomes,” tells them "my understanding is that we have basically eradicated, almost, Down syndrome from our society -- that there is hardly ever a child with Down syndrome in Iceland anymore."

Stefansson explained, "I don't think there's anything wrong with aspiring to have healthy children, but how far we should go in seeking those goals is a fairly complicated decision."

Sol Olafsdottir speaks to women in Iceland whose unborn babies are diagnosed with a chromosomal abnormality. She “tells women who are wrestling with the decision or feelings of guilt: ‘This is your life — you have the right to choose how your life will look like.’"

Many of those who have people with Down syndrome in their lives and families don’t see the screening for and intentional destruction of unborn Down syndrome babies as a grey area. The way in which CBS framed the piece as “eliminating Down syndrome” was met with intense backlash, including from actress Patricia Heaton.

Iceland isn't actually eliminating Down Syndrome. They're just killing everybody that has it. Big difference. #Downsyndrome #abortion https://t.co/gAONIzqRXW

Here are some of the faces of those living with the condition: reciting the alphabet, playing with siblings, and being entrepreneurs.