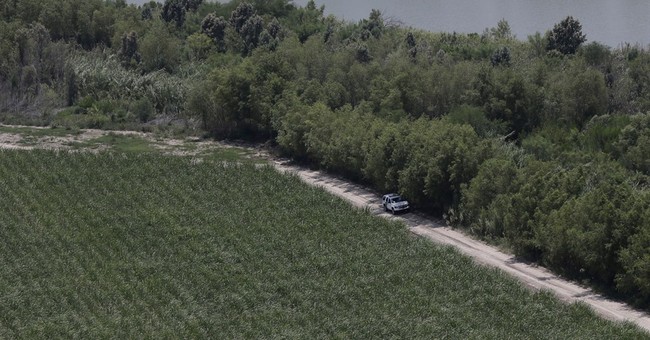 District Judge Tanya Chutkan, an Obama appointee, ruled Wednesday afternoon that an unaccompanied minor, Jane Doe, who came to the country illegally must be allowed to access an abortion per her request. Chutkan wrote that the 17-year-old must be transported to an abortion clinic near her shelter in Brownsville "promptly and without delay." She said federal officials are "restrained from interfering with or obstructing [the teen's] access to abortion counseling or an abortion."

Chutkan's order is limited to Jane Doe's case and will expire after 14 days although the American Civil Liberties Union (ACLU) has been advocating for abortion access for all illegal immigrants in similar situations.

The Office of Refugee Resettlement ORR informed Politico Tuesday that they are “providing excellent care to this young woman and her unborn child and fulfilling our duty to the American people. There is no constitutional right for a pregnant minor to illegally cross the U.S. border and get an elective abortion while in federal custody."

Brigitte Amiri, the ACLU lawyer who represented Doe in court, said in a statement that the teen’s "courage and perseverance are incredible, but no one should have to go to court to get a safe, legal abortion. And no one should be held hostage to the extreme anti-abortion views of a handful of government officials.”

Texas Attorney General Ken Paxton, filed an amicus curiae brief on the side of the federal government in the case along with 7 other attorneys general, arguing a ruling to allow the minor access to an abortion would create a dangerous precedent.

“An unlawfully-present alien with no substantial ties to this country has no constitutional right to abortion on demand,” Attorney General Paxton said. “Texas has a legitimate and substantial intereset in preserving and promoting fetal life. Texas must not become a sanctuary state for abortions.”

“If ‘Doe’ has a right to an abortion, it is difficult to imagine what other constitutional protections she would not enjoy by extension,” Paxton added. “The free-for-all that would flow from that perverse incentive burdens the public at large as well as the governmental entities who will be tasked with honoring these newfound rights.”

The pro-life group, Susan B. Anthony List, issued a statement also arguing that the ruling was dangerous and asking the Justice Department to appeal it.

“Today’s ruling is outrageous and sets a dangerous precedent,” SBA List President Marjorie Dannenfelser said. “The U.S. Department of Health and Human Services took a simple position that it would protect the life and dignity of the teenage girl and her unborn child while in their care. Shame on this judge for overruling compassionate care and instead mandating that the U.S. government help facilitate an abortion for a teenage girl.”

“This ruling plays into the broader agenda of the ACLU, which is recklessly exploiting a teenage girl in order to make the United States a sanctuary state for abortion,” she added. "We urge the Justice Department to appeal this ruling.”

Catherine Glenn Foster, President of Americans United for Life, also weighed in saying, “once again, an activist judge has declared abortion ‘access’ more important than U.S. law and policy that prohibits federal funding and support of elective abortion. This ruling mandates that taxpayer funds be expended to facilitate the destruction of an innocent human life, in violation of the Hyde Amendment and the consciences of millions of American citizens.”