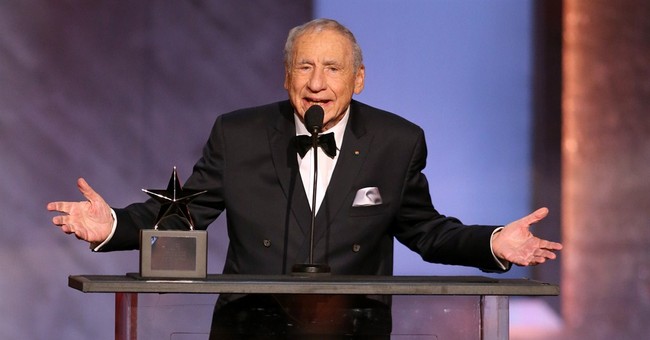 Veteran comedian and filmmaker Mel Brooks called political correctness “the death of comedy” in a recent interview with BBC Radio 4.

He said his film Blazing Saddles, about a black sheriff in a racist town, would “never” be made today because society has become “stupidly politically correct.”

“We have become stupidly politically correct which is the death of comedy,” he emphasized.

"It's OK not to hurt the feelings of various tribes and groups," he said. "However, it's not good for comedy.”

"Comedy has to walk a thin line, take risks,” he explained. “Comedy is the lecherous little elf whispering in the king's ear, always telling the truth about human behaviour."

The interviewer called Brooks the “patron saint of going too far,” asking if there was a subject he would avoid.

"I personally would never touch gas chambers or the death of children or Jews at the hands of the Nazis,” he replied. “Everything else is fine.”

"In no way is that at all useable or correct for comedy. It's just in truly bad taste," he said.

He never has parodied those things, however, his film The Producers does parody the Nazis particularly in the famous musical number “Springtime for Hitler” which offends audiences to this day. Most recently a high school production of the film banned the use of the swastika in the parody deeming it too offensive.

Brooks is preparing for the opening of a musical version of his film Young Frankenstein in London. He also wants to turn Blazing Saddles into a musical for the stage.

Other comedians have complained about political correctness ruining comedy, including Chris Rock and Jerry Seinfeld who have said they avoid performing at college campuses because they are too politically correct.