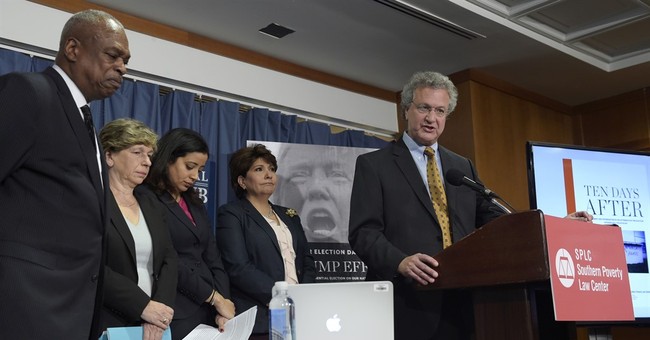 D. James Kennedy Ministries, a Florida-based Christian media ministry, filed a federal lawsuit against the Southern Poverty Law Center (SPLC) Tuesday, arguing that the SPLC’s designation of their ministry as a hate group was defamation.

“It’s completely disingenuous to tag D. James Kennedy Ministries as a hate group alongside the KKK and neo-Nazis,” Kennedy Ministries spokesman John Rabe told Fox News. “We desire all people, with no exceptions, to receive the love of Christ and his forgiveness and healing. We unequivocally condemn violence, and we hate no one.”

“It’s ridiculous for the SPLC to falsely tag evangelical Christian ministries as ‘hate groups’ simply for upholding the 2,000-year-old Christian consensus on marriage and sexuality,” Rabe emphasized. “It’s nothing more than an attempt to bulldoze over those who disagree with them, and it has a chilling effect on the free exercise of religion in a nation built on that. We decided not to let their falsehoods stand.”

The SPLC’s hate map, designating certain groups, has been distributed recently by many prominent news organizations in light of the violent white supremacist-led rally in Charlottesville.

The hate map lists the ministry under its anti-LGBT designation. SPLC claims that “opposition to equal rights for LGBT people has been a central theme of Christian Right organizing and fundraising for the past three decades – a period that parallels the fundamentalist movement's rise to political power.”

Southern Poverty Law Center President Richard Cohen called the group’s lawsuit “meritless,” saying, “we list the D. James Kennedy Ministries through which Coral Ridge does business as a hate group because it maligns the entire LGBT community, portraying it as perverted and a threat to the nation.”

Matthew Krepcho, director of partner relations at the ministry highlighted an advertisement the organization made titled “Profits$ of Hate: The Southern Poverty Law Center.”

“Charlottesville just kind of brought everything to a head,” he told the Sun Sentinel. “People were going to the SPLC’s hate map … We had tried to expose the SPLC for their hate map prior to Charlottesville, but after Charlottesville we felt we needed to fund the ad.”

The video features the ministries’ president, Frank Wright, who says, “the Southern Poverty Law Center is an organization that once did good work, in the latter days of the Civil Rights Era. Today they have descended into becoming apolitical attack machine, plastering the ‘hate’ label not only on groups that do in fact preach hate, but also on anyone who disagrees with their far-left political persuasions.”

The SPLC has been criticized for listing both the Alliance Defending Freedom, a nonprofit legal organization dedicated to protecting religious freedom, and the conservative Family Research Council (FRC) as “hate groups.” Their hate map was cited by convicted domestic terrorist Floyd Lee Corkins as the way he found the FRC in his 2012 attack on the FRC building in which he shot and wounded a security guard before being subdued.