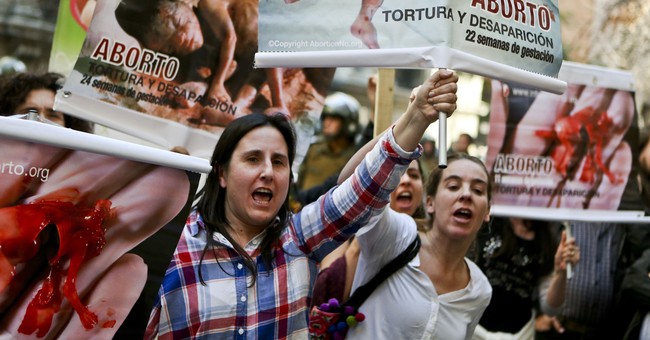 The constitutional court in Chile approved a bill Monday to legalize abortion in cases of rape, a threat to the life of the mother, or a fatal fetal abnormality. Many pro-life groups in Chile argued against the bill saying it went against Article 19 of Chile’s constitution which guarantees an unborn child’s right to life.

The bill was approved by the court in a 6-4 vote after opponents of the move challenged it in constitutional court. It will now be signed into law by Chile’s President Michelle Bachelet, who has said the measure’s approval was a priority for her administration and began pushing the move in 2015.

The United Nations and abortion advocacy groups have been pushing for the lifting of the 1989 total ban on abortion in Chile for some time and celebrated this move. Bachelet was the Executive Director of UN Women prior to serving her second term as Chile’s president.

"Today we women are conquering new ground for dignity, freedom, independence and equality," it said in a statement.

Patricia Gonnelle, legislative coordinator of the Chilean pro-life organization ‘Chile es Vida’ described the verdict as a “historic mistake” and called it a “very sad day.”

She said it was “very serious” that the law is no longer seeing the child in the womb as “a person with rights.” She said that pro-life groups “will carry on doing what they always do, which is helping women in situations of conflict and much pain, which they have always done for many years.”

“With an abortion law it will be much more difficult, but life always wins. It is a question of time, and that fills our hearts with joy,” she added.

Meanwhile Planned Parenthood International was among those heralding the change as a milestone.

Giselle Carino, CEO of International Planned Parenthood’s Western Hemisphere Office, wrote that it was “a historic milestone for women’s rights in Chile and around the world,” and lauded Bachelet as a “champion of women’s rights.”

She called the day “a historical reminder that organizing works. That advocacy works. That despite the odds, if we come together, if we work together, progress is possible.”

Americans United for Life (AUL) wrote that it “is deeply disappointed that the Constitutional Tribunal of Chile approved a legislative bill today that broadly legalized abortion before viability for the first time in Chile, contrary to the recommendations by AUL and many others to apply the pro-life provisions in Chile’s Constitution and strike the legalization bill.”

The group emphasizes that “the Chilean Constitution explicitly states that ‘the constitution secures everyone's right to life and to physical and psychical integrity. The law protects the life of the unborn.’”

AUL concludes that “if there is a silver lining, it is the Court’s close vote today, 6-4, and that the Court merely allowed a legalization bill to go into effect. Unlike the US Supreme Court’s decision Roe v. Wade, the Constitutional Tribunal did not create a constitutional right that would be immune from legislative correction. The Chile Chamber of Deputies and the Senate can repeal this legalization bill once they realize its negative impact on women, their children and the broader society.”