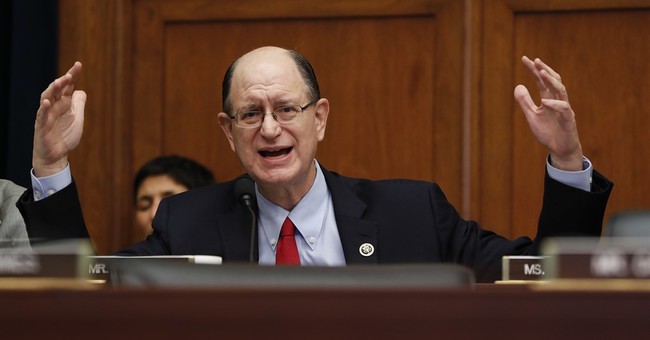 Rep. Brad Sherman (D-CA) released a draft Monday for an article of impeachment against President Trump that argues the president is guilty of obstruction of justice, claiming that he “sought to use his authority to hinder and cause the termination of” investigations into Russian interference in the 2016 election.

“As the investigations move forward, additional evidence supporting additional Articles of Impeachment may emerge,” Sherman wrote in a letter to his colleagues. “However, as to Obstruction of Justice and 18 U.S.C. § 1512 (b)(3), the evidence we have is sufficient to move forward now. And the national interest requires that we do so.”

“I would hope that the Article, once submitted, would receive expeditious consideration by the Judiciary Committee,” Sherman said. “However, if it becomes clear that such consideration is not forthcoming, I (after consultation with colleagues and leadership) will make a privileged motion that the entire House of Representatives immediately debate the Article.”

Sherman acknowledges that his article of impeachment is unlikely to pass.

“I have no illusions,” he said. “Articles of Impeachment will not pass the House in the near future. But given the risk posed to the Republic, we should move things forward as quickly as possible.”

Sherman joined Rep. Al Green (D-TX) in a press conference Friday. Green was the first congressman to announce that he was drafting articles of impeachment against President Trump and called for his impeachment on the House floor last month.

Rep. Maxine Waters (D-CA) has also called for Trump’s impeachment and led chants of “Impeach 45” at LA Pride’s #ResistMarch over the weekend.

Democratic leaders, like House Minority Leader Nancy Pelosi, have sought to quell talk of impeachment, urging patience with the investigative process into the president’s alleged ties with Russia.