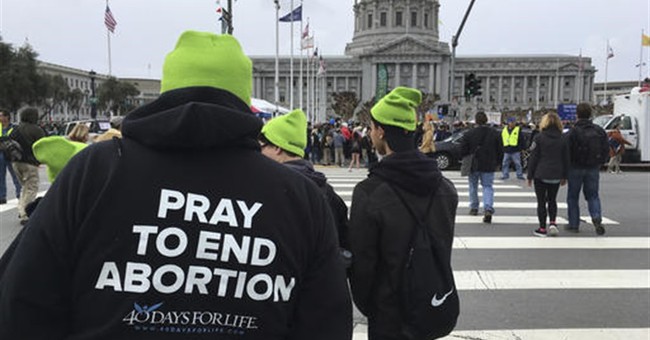 The March for Life joined with 15 other pro-life and conservative organizations Wednesday in a letter urging Attorney General Jeff Sessions and Acting FBI Director Andrew McCabe to take up an investigation into paid fetal tissue transfers involving Planned Parenthood.

The letter cites the work of David Daleiden and his Center for Medical Progress that released undercover videos of “meetings with abortion providers and companies involved in the transfer of fetal tissue,” which “detailed the relationship between fetal tissue procurement companies, including Advanced Bioscience Resources, DaVinci Biologics, and StemExpress, as well as several abortion clinics.”

In response to the videos, the House of Representatives created the Select Panel on Infant Lives in October 2015 which “found evidence of violations of laws protecting human research subjects and patient privacy; laws regulating anatomical gifts for transplantation, therapy, research, and education; laws protecting late-term and born-alive infants; and laws pertaining to public funding for fetal tissue research and abortion providers.”

The panel ended up making “15 criminal and regulatory referrals of tissue procurement companies and abortion clinics, including Planned Parenthood affiliates, and investigations are underway around the nation. The Senate Judiciary Committee has made 7 criminal referrals to the Department of Justice.”

The letter notes that based on the evidence uncovered by the undercover videos and the panel “it appears that Planned Parenthood Federation of America learned that its affiliates were engaging in paid fetal tissue programs” in violation of federal law. They add “the facts uncovered raise a reasonable suspicion that these organizations, and/or individuals employed by them, may have engaged in a conspiracy to violate the fetal tissue law.”

“The previous Administration decided to turn a blind eye to the wrongdoing,” the groups conclude, “which led to the creation of the Select Panel. We request that the Justice Department continue the investigation into the practices surrounding this scandal.”

The letter comes as the Center for Medical Progress released a video last week showing Planned Parenthood doctors exchanging stories about “heads that get stuck that we can’t get out” and when “an eyeball just fell into my lap, and that is gross.” The video was later removed from YouTube by Judge William Orrick, who had issued an injunction delaying the release of footage. The California attorney general has filed 15 criminal charges against the Center for Medical Progress.