Gallup: Majority of Americans Believe the U.S. Is in Moral Decline 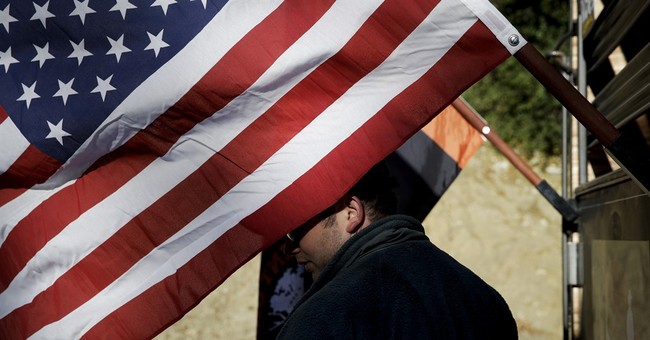 More than four in five, 81 percent, of Americans think the overall state of moral values in the country is only “fair” or “poor,” according to a poll released Monday by Gallup. This assessment of U.S. moral values marks a seven-year low. Seventy-seven percent of those surveyed said the country’s moral values are “getting worse.”

Since Gallup first began polling on the state of the nation’s moral values in 2002, the percentage saying the country’s moral values are getting worse has always been well above the majority, from a low of 64 percent in November 2004 to a high of 82 percent in May 2007.

However, it has stayed within a five-point range over the past six years with a low of 72 percent in 2013 and 2015 before climbing to this year's high of 77 percent.

Gallup notes that “social conservatives have always been more likely than liberals to say the state of moral values is poor and more likely to say it is getting worse. But even among liberals, in no year have more than a third described moral values as excellent or good, and only in 2009 -- a few months after Barack Obama's first presidential inauguration -- did less than a majority say it was getting worse.”

Seventy-one percent of social liberals thought moral values were getting worse this year, possibly due to the change from a Democratic to a Republican White House. That change also likely explains the “substantial drop in pessimism among social conservatives,” according to Gallup, “seventy-seven percent -- an 11-percentage-point drop from last year -- now say moral values are getting worse.”

Gallup notes “major differences” in those likely to say the nation’s moral values are poor by age.

Roughly half, 51 percent, of those aged 65 and older believe moral values are in a poor state compared to just 33 percent of those aged 34 and younger.

Those in rural areas (54 percent) are more likely than those living in a big city (33 percent) to say the nation’s moral values are poor.