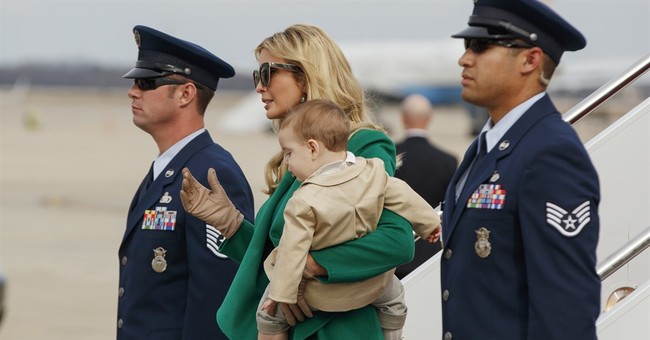 Clutching a toy rabbit, Theodore took a few steps, fell, and got up again, with a little help from his proud mother.

Ivanka often shares cute moments with her three children on social media including her children’s adventures around D.C. and an impromptu dance party.

I spy with my little eye... Arabella and Joseph at the #SpyMuseum ?? pic.twitter.com/0clvy5tbU0