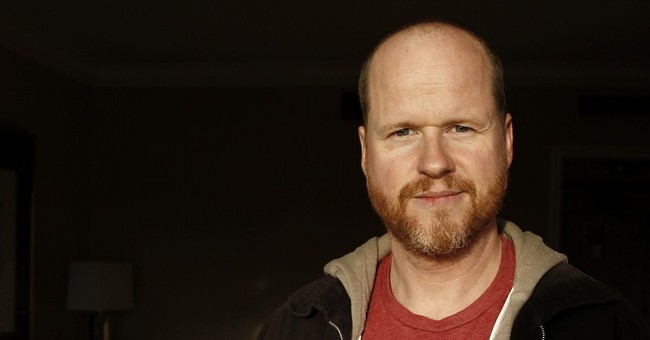 Avengers Director Joss Whedon, an outspoken opponent of the Trump administration who came under fire last month for mocking cancer survivors in a tweet attacking Paul Ryan, made a film for the nation’s largest abortion provider that he released Wednesday.

“Planned Parenthood has been around for 100 years. Here’s to fighting for the next 100. Or even not having to,” he captioned the video which is called “Unlocked.”

Planned Parenthood has been around for 100 years. Here’s to fighting for the next 100. Or even not having to. #StandWithPP pic.twitter.com/sjaqtTWBFM

The short film features women in difficult situations needing medical help or advice. There is a scene where a pregnant girl crumples a college acceptance letter and a scene of a woman in a hospital bed looking at X-rays of her chest.

The film goes on to show how these women’s lives are different in those same situations when they go to Planned Parenthood. It shows the pregnant girl receiving birth control, not becoming pregnant due to that, and then going to college.

The video shows the woman who had been receiving X-rays instead celebrating her birthday, having presumably received cancer testing at Planned Parenthood.

The film concludes by asking, “What world do you want? #StandwithPP.”

Whedon told Buzzfeed that he launched the video in anticipation of Senate deliberations over eliminating Medicaid reimbursements to Planned Parenthood in the American Health Care Act.

Whedon did not address the fact that birth control and cancer screenings would both still be available if Planned Parenthood is defunded, as funds would be re-directed to community health centers that provide those services but not abortions, a point GOP lawmakers have tried to make throughout the defunding debate.

So in Joss Whedon’s world women need Planned Parenthood, an organization that has killed 1 million unborn babies over the past 3 years, to have control over their minds, education, and decisions.

According to Whedon his video "has been generated from the women of Planned Parenthood and the stories they told me. … It's not my voice that should be the last one heard, and I would be very happy if it were not even necessary to be a part of it. But we haven't gotten there yet.”

Well what a relief that the “women of Planned Parenthood” have Whedon around to tell their stories.

The pro-life student organization, Students for Life of America, took issue with Whedon’s portrayal of the issue tweeting, “your film diminishes the strength women have. A woman is strong enough to be a mother, athlete, & a student,” with a link to a story about Brooke Foster, a girl who became pregnant in high school and had her baby but was still able to attend college and be an award winning softball player.

.@joss, your film diminishes the strength women have. A woman is strong enough to be a mother, athlete, & a student: https://t.co/AuVRa9eLi9

The Susan B Anthony List, a pro-life advocacy group, imagined their own world without Planned Parenthood in a series of tweets aimed at Whedon.

The world would look better, they tweeted, “300,000+ babies spared from abortion and allowed a chance at life every year…Half a billion tax dollars redirected to federally qualified health centers ever year…No more tax dollars going to company where 94% of all pregnancy resolution services are abortions.”