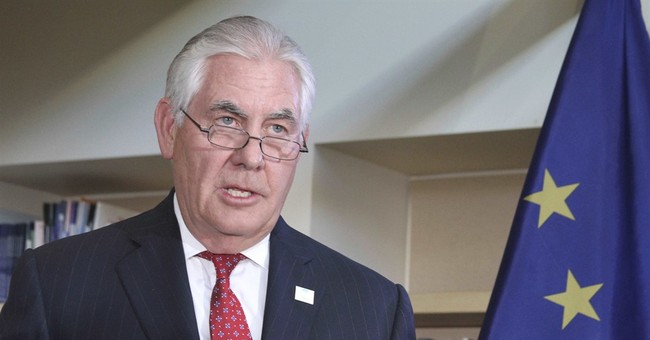 The Trump administration announced Monday that they would be expanding the Reagan-era Mexico city policy beyond the way it has been habitually implemented by the Bush administrations. In January, President Trump reinstated the policy, which blocks taxpayer funds to non-governmental organizations that perform or promote abortion overseas.

The State Department told reporters that Secretary of State Rex Tillerson has approved “a plan to implement the manner in which U.S. Government departments and agencies will apply the provisions of the Mexico City policy to foreign nongovernmental organizations that receive U.S. funding for global health assistance.”

The policy, now dubbed “Protecting Life in Global Health Assistance,” ensures that “U.S. taxpayer money should not be used to support foreign organizations that perform or actively promote abortion as a method of family planning in other nations.”

It will apply to approximately $8.8 billion in funds to the State Department, the U.S. Agency for International Development, and the Department of Defense.

The policy applied previously only “to family planning assistance provided by USAID and the Department of State.”

State Department officials told reporters that the change “will have no impact on the total amount of U.S. Government funding for health programs around the world. Departments and agencies will reprogram to other organizations any funding they would have awarded to NGOs that do not agree to the terms of Protecting Life in Global Health Assistance.”

Susan B. Anthony List President Marjorie Dannenfelser said in a statement that the policy implemented today “is one of the reasons pro-life voters worked to elect Donald Trump to the White House.”

“By modernizing this important policy and expanding it to include $8.8 billion in foreign aid, President Trump is continuing Ronald Reagan’s pro-life legacy,” she added. “This executive order does not cut a single penny from U.S. aid, rather it simply ensures our hard-earned tax dollars are used by other health care entities that act consistently to save lives, rather than promoting and performing abortion. Abortion is not health care.”

Abortion advocates such as Planned Parenthood and NARAL were significantly less excited by this news.

“Whether through willful ignorance or an utter disregard for the lives of the world’s most vulnerable women, the Trump administration continues to trample on progress without even the semblance of strategy,” Dawn Laguens, Planned Parenthood Executive Vice President said in a statement Monday. “There is a sickening irony to the rebranding of this policy as ‘protecting life’ when we’ve seen time and again how the global gag rule has harmed women and increased maternal mortality. This deeply unpopular policy only serves to deny women and families life-saving health care. In short, Trump’s global gag rule endangers the lives of mothers and hurts families, and it undermines America’s moral authority on the world stage.”

Planned Parenthood is the nation’s largest abortion provider. Their 2014-2015 report boasts 323,999 abortions in one year and 1 million unborn babies killed over the past 3 years.

The International Planned Parenthood Federation (IPPF) said in January that it would lose $100 million from the Mexico City policy being reinstated.

As Biden Goes Off-Script, White House Tech Team Cuts the Mic and Blasts Music
Townhall
'It's anti-YOU hatred': Rep. Ilhan Omar wants the GOP to actually do something about the anti-Muslim hatred in its ranks
Twitchy
Woke White Professor Gets Fired After Mixing Up the Names of Two Minority Students
Redstate
How Tone Deaf Is Jill Biden? Look at This Christmas Scene From Her White House Decor
PJ Media