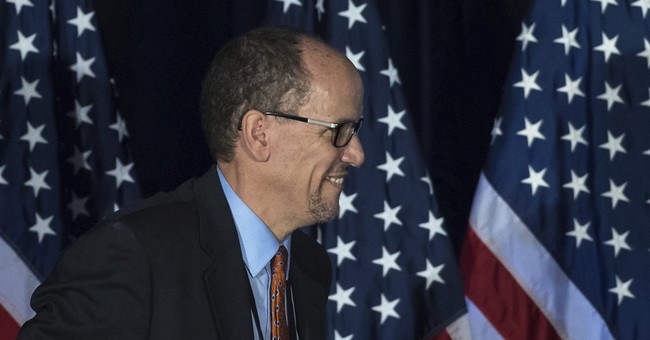 Gallup released a poll Tuesday finding that “the Democratic Party's ratings slipped to 40% -- from 45% last November -- while the Republican Party's image is essentially unchanged at 39%.”

According to Gallup, neither party was highly rated throughout the 2016 election cycle, but Democrats maintained slightly higher favorable ratings, 45% compared to Republican favorability at 40%, in polling just after Donald Trump's victory in November 2016.

“If anything, the Democratic Party's positioning appears weakened, largely because its own supporters now hold a less positive view of the party,” Gallup concludes.

“If Democrats cannot improve their party's image between now and November 2018, it may hinder their ability to regain some measure of power in Washington,” they add.

Some notable eras when Democrat and Republican favorability ratings were similar include in 2002-2003, after the 9/11 terrorist attacks and in 2010-2011 after the GOP won control of the U.S. House of Representatives amid frustration with Obamacare.