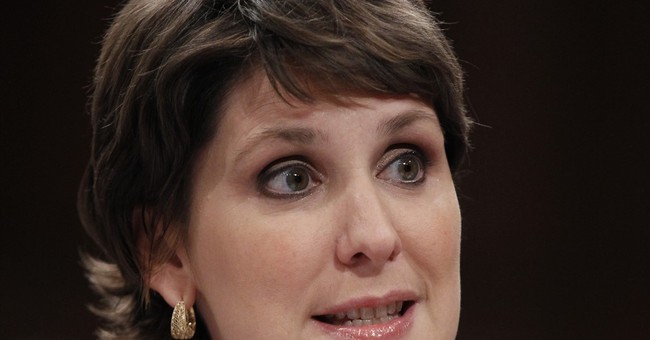 Charmaine Yoest, former president of Americans United for Life (AUL), has been given a key administration post at the Department of Health and Human Services (HHS). The White House announced Friday that Yoest will be the assistant secretary of public affairs at HHS.

In her new role with the agency, Yoest will shape its messaging and communications. She is currently a senior fellow at the conservative group American Values. Yoest previously led AUL, an influential pro-life non-profit that “works through the law and legislative process to one end: Achieving comprehensive legal protection for human life from conception to natural death.”

Yoest will be replacing Kevin Griffis, who has been named Vice President for Communications at Planned Parenthood.

“Planned Parenthood plays a vital and irreplaceable role in ensuring access to health care and education for millions of people – where they live and when they need it,” said Griffis, who worked with HHS since 2014, in a January statement. “Over the last several years, our country has made real strides toward the goal of a health system where income, race, gender, and geography are no longer barriers to care, but there’s much more work to do and no more important place to do it than Planned Parenthood.”

"It is unacceptable that someone with a history of promoting myths and false information about women’s health is appointed to a government position whose main responsibility is to provide the public with accurate and factual information," Dawn Laguens, executive vice president for Planned Parenthood said in a statement Friday.

The nation’s largest abortion provider tweeted Friday that “Someone with history of promoting #AlternativeFacts shouldn't be in an @HHSGov position that informs the public.”

Someone with history of promoting #AlternativeFacts shouldn't be in an @HHSGov position that informs the public. https://t.co/ypPlHQ2ywG

The news of Yoest’s appointment was enough to make Rep. Jackie Speier (D-CA), whose campaign received 2,500 dollars from Planned Parenthood in 2016 according to Open Secrets, don her pussy hat.