Planned Parenthood to Give Hillary Clinton ‘Champion of the Century’ Award 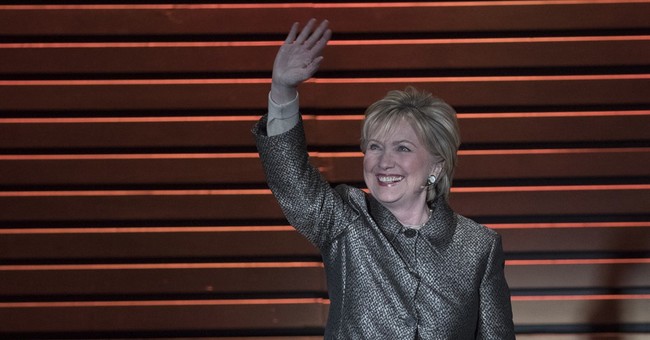 The nation’s largest abortion provider, Planned Parenthood, announced last week that at their centennial gala in May, they will be honoring Hillary Clinton with the “Champion of the Century Award" for "her 40 years of service to women and girls in this country.”

This is not the first time Hillary Clinton has received an award from the abortion giant. In 2014 as Secretary of State, Clinton received the organization’s “highest honor, the PPFA Margaret Sanger Award,” for “her unwavering support of women’s health and rights throughout her public service career.”

Clinton called that award a “great privilege,” saying, “the overarching mission of the Planned Parenthood Federation of America, the cause of reproductive freedom that you continue to advance today is as relevant in our world now as it was 100 years ago.”

The mutual admiration between the abortion provider and Clinton over the election cycle included the organization’s first endorsement of a presidential candidate and Clinton promising on the campaign trail, "I will always defend Planned Parenthood and I will say consistently and proudly, Planned Parenthood should be funded, supported and protected, not undermined, misrepresented and demonized. As your president, I will always have your back."

Planned Parenthood’s “Celebration of a Century” will also honor Scandal writer Shonda Rhimes with the “Champion of Change Award for revolutionizing the way women and issues of reproductive health — including safe, legal abortion — are portrayed on television.”

Rhimes was behind the 2015 season finale of Scandal which featured the main character getting a graphic abortion performed to the tune of Silent Night. Rhimes recently joined Planned Parenthood’s board.

“This Gala is a powerful reminder that Planned Parenthood has been around for 100 years and will continue to be here for the people who rely on us, no matter what,” Planned Parenthood CEO Cecile Richard said in a statement about the event. “One hundred years of care, education, and activism have changed everything, and we will not rest until access to health care and rights is a reality for all people.”

Perhaps busy planning these self-congratulatory fêtes, Planned Parenthood has been having an unexplained delay in releasing their annual report, but their 2014-2015 report boasts 323,999 abortions in one year and 1 million babies killed over the past 3 years.