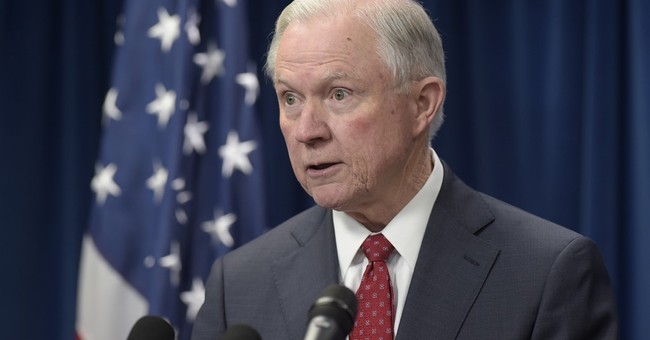 “Today, a federal court entered a consent decree that will require the court and a highly-paid monitor to govern every detail of how the Baltimore Police Department functions for the foreseeable future,” Sessions warned. “This decree was negotiated during a rushed process by the previous administration and signed only days before they left office.”

The consent decree came during the final days of the Obama administration after a federal investigation of the Baltimore police, prompted by the 2015 death of Freddie Gray.

"While the Department of Justice continues to fully support police reform in Baltimore,” Sessions said, “I have grave concerns that some provisions of this decree will reduce the lawful powers of the police department and result in a less safe city.”

Sessions emphasized that Baltimore is facing “a violent crime crisis.”

“Baltimore has seen a 22 percent increase in violent crime in just the last year,” Sessions pointed out. “While arrests in the city fell 45 percent based on some of these ill-advised reforms, homicides rose 78 percent and shootings more than doubled. Just in 2017, we’ve seen homicides are up another 42 percent compared to this time last year.”

“The mayor and police chief in Baltimore say they are committed to better policing and that there should be no delay to review this decree,” Sessions said, “but there are clear departures from many proven principles of good policing that we fear will result in more crime. The citizens of Baltimore deserve to see a real and lasting reduction in the fast-rising violent crime threatening their city.”