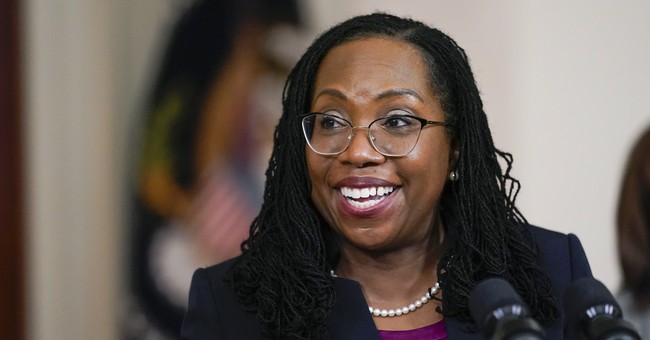 In a statement, Romney said Jackson is a qualified jurist but noted that he does not anticipate agreeing with every one of Jackson's future Supreme Court votes.

"After reviewing Judge Jackson's record and testimony, I have concluded that she is a well-qualified jurist and a person of honor," Romney said in a statement. While I do not expect to agree with every decision she may make on the Court, I believe that she more than meets the standard of excellence and integrity. I congratulate Judge Jackson on her expected confirmation and look forward to her continued service to our nation."

Murkoski said in a statement of her own that she based her decision to support Jackson on the judge's qualifications, judicial independence, demeanor and temperament, and "the important perspective she would bring to the court as a replacement for Justice Breyer." Jackson would replace retiring Justice Stephen Breyer if she is confirmed.

"She will bring to the Supreme Court a range of experience from the courtroom that few can match given her background in litigation," Murkowski said.

The Alaska senator, like Romney, also noted that she likely will not agree with all of Jackson's votes.

"It also rests on my rejection of the corrosive politicization of the review process for Supreme Court nominees, which, on both sides of the aisle, is growing worse and more detached from reality by the year," Murkowski said. "While I have not and will not agree with all of Judge Jackson’s decisions and opinions, her approach to cases is carefully considered and is generally well-reasoned."

"She answered satisfactorily to my questions about matters like the Chevron doctrine, the Second Amendment, landmark Alaska laws, and Alaska Native issues," she continued. "The support she has received from law enforcement agencies around the country is significant and demonstrates the judge is one who brings balance to her decisions."

Collins announced last week that she would support Jackson's confirmation.

Last year, Murkowski and Collins supported Jackson's confirmation to the U.S. Court of Appeals for the D.C. Circuit. Romney voted against her confirmation at the time.

The 53-47 vote comes after the Senate Judiciary Committee deadlocked at an 11-11 party-line vote on her nomination. The tie prompted Senate Majority Leader Chuck Schumer (D-N.Y.) to file a "motion to discharge" Jackson's nomination from the committee.

"Despite Republican obstruction, Judge Jackson has enough votes to get confirmed by the Supreme Court on a bipartisan basis. The Senate is going to keep working until she is confirmed," Schumer said Monday ahead of the vote by the full Senate.

The Senate is expected to vote on the judge's confirmation later this week. If confirmed to the Supreme Court, Jackson would be the first black woman to serve on the bench.