'The View' Hosts Claim Kamala Harris Criticism Is Due to Racism, Misogyny 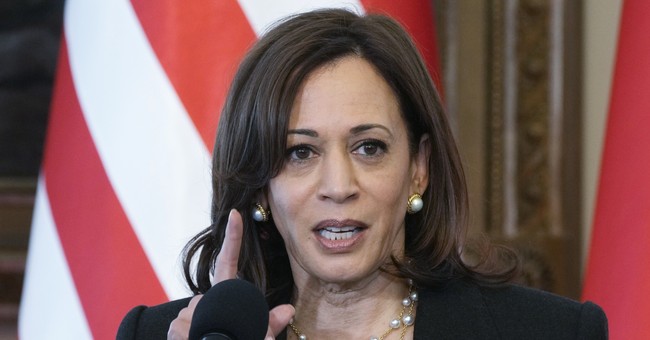 Co-hosts of "The View" on Friday attributed the criticisms against Vice President Kamala Harris for her public appearances in Europe to racism and misogyny.

Three of the show's co-hosts –  Joy Behar, Sunny Hostin and Ana Navarro – pointed to Harris' recent joint press conference with Polish President Andrzej Duda, in which the vice president's remarks were slammed by critics, as evidence of racism and misogyny against her.

During the press conference, a reporter asked a question about Ukrainian refugees. Harris and Duda both appeared confused on who would answer the question, prompting Harris to laughingly say, "A friend in need is a friend indeed." Duda then offered to answer the question and began talking.

Behar said, "The laugh got them … I personally think if she was a guy, they would never say it because they also made fun of Hillary [Clinton]'s laugh. But I don't see them making fun of [Mike] Pence's laugh or any of the other guys."

Hostin claimed that those with criticisms leveled toward Harris believe black women are unprepared.

"What it is is that they constantly question the qualifications of black women, and that’s why people are saying that she's unprepared," she said.

HARRIS CRITICIZED FOR LAUGHING AFTER REFUGEE QUESTION: While the vice president said she supports a war crimes probe of Russia, she was slammed for her banter after a question on the U.S. accepting Ukrainian refugees – #TheView panel reacts. https://t.co/x8aXiNXtNk pic.twitter.com/4pHIETwXMz

Hostin then shot back at Grisham, "You can disagree, but that's the truth of it."

"Abroad, she gets wonderful marks across the board, but this is just something that I think happens to women and especially black women," she continued, adding that Harris has received positive reviews on her job performance but still has a historically low approval rating.

Navarro chimed in to claim that Harris critics who believed the vice president was not a qualified or serious person should go "qualify" their "heart" and "opinions," noting Harris has immigrant roots and experience as both a lawyer and senator.

Behar also alleged that the criticism against former 2008 Republican vice presidential nominee Sarah Palin during the presidential campaign that year was justified before claiming conservatives are now trying to get payback by going after Harris.

The segment concluded with Navarro saying that criticisms of the vice president were efforts to stop her from becoming the Democratic presidential nominee in 2024.

"Absolutely there's a racial aspect to it," Navarro said.