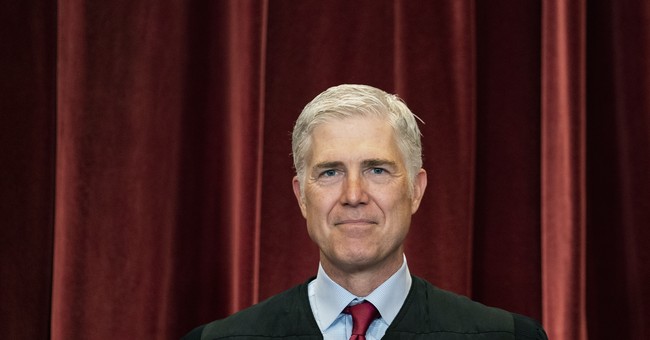 After National Public Radio released a report Tuesday morning claiming that Supreme Court Justice Neil Gorsuch refused to wear a mask so as to protect fellow Justice Sonia Sotomayor, who is high risk for COVID, Fox News concluded that the report was inaccurate.

Sotomayor, who is in the high-risk category for becoming severely ill or dying from COVID-19 because of her diabetes, has been showing up to court hearings remotely this month as the remaining eight justices returned to the bench in person for the first time since last month’s omicron surge.

NPR reported that Sotomayor felt unsafe around the other maskless justices amid the uptick in coronavirus cases caused by omicron. But the report also alleged that Chief Justice John Roberts, understanding Sotomayor's concerns, asked that each of the justices mask up and that all obliged except for Gorsuch, leading to heated criticism directed at Gorsuch.

The report, however, is false, according to Fox News Chief Legal correspondent Shannon Bream, who reported Tuesday night that neither Sotomayor nor Roberts requested that Gorsuch wear a mask and therefore, he did not refuse to wear a face covering.

"I am told that is not accurate. A source at the Supreme Court says there's been no blanket admonition or request from Chief Justice Roberts that the other justices begin wearing masks to arguments. The source further stated Justice Sotomayor did not make any such request to Justice Gorsuch. I’m told, given that fact, there was also no refusal by Justice Gorsuch. The justices are all vaccinated and boosted, and they do test before taking the bench for arguments," Bream told anchor Bret Baier on Fox News' "Special Report."

Bream's reporting comes after a number of mainstream news outlets, including CNN, CNBC, USA Today and Newsweek, all picked up NPR's article and echoed the false report to their audiences.