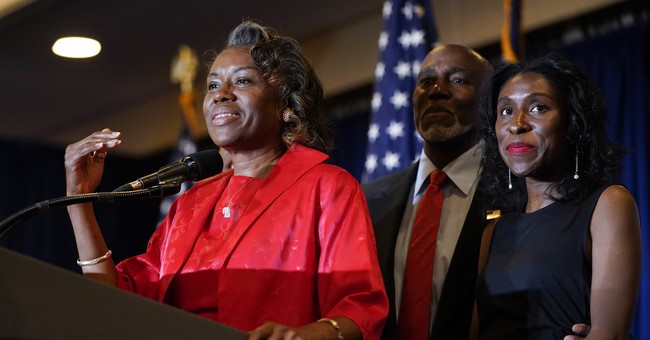 Virginia Lt. Gov. Winsome Sears (R) said Sunday that America is not systemically racist and that she is "the embodiment" of what America hopes to accomplish as the first woman of color to hold statewide office in the commonwealth.

During an appearance on "Fox and Friends Weekend," host Will Cain asked the newly-sworn in lieutenant governor about her thoughts on the idea that her election win signals a rejection of the suggestion that a person is oppressed or an oppressor based on their race and ethnicity.

"I'm just going to repeat what… Biden and our current Vice President Harris has said about racism when they were asked, 'Is racism systemic in America?' Their answer was absolutely no," Sears said. "And so I am the embodiment of what we're trying to achieve in America. We want everyone to have equal opportunity. And here I sit today to say it can happen."

"I am so tired of those who look at life as being the glass is half empty, she continued. "What a negative way to continue to view life because you know, life is going to hit you hard and you have to be prepared for it. You come out of the womb screaming. That ought to be an indication of how things are going to be, the rich suffer-yes- the poor suffer and everybody in between. We can make it."

Sears, who immigrated to the U.S. from Jamaica at the age of six, served in the Marines before embarking on a political career. She represented Virginia's 90th district in the House of Delegates from 2002 until 2004.

The 57-year-old was inaugurated Saturday and will preside over the state Senate as lieutenant governor. As president of the 40-member chamber, Sears will be the deciding vote on legislation when state lawmakers are locked in a tie.