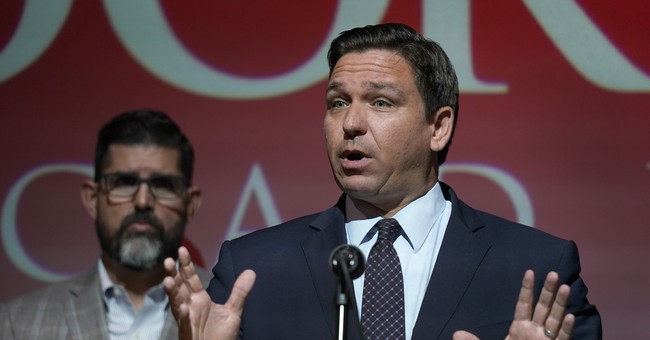 Florida reported the lowest number of coronavirus cases per capita in the U.S. despite criticisms launched toward Gov. Ron DeSantis for his handling of the virus while states with strict lockdown measures have some of the highest cases per capita.

The state reported a daily average of 1,393 COVID-19 cases as of Friday, just six per 100,000, a two percent decrease over the course of the last two weeks.

This comes following media criticisms targeting DeSantis over his opposition to mask and vaccine mandates pushed by Democrats.

A year ago, Chris King, the 2018 Democratic nominee for lieutenant governor, accused DeSantis of going on a "killing spree" for extending an executive order banning local governments from enforcing mask mandates and White House Press Secretary Jen Psaki in August of this year alleged that the governor was "fundraising off of" his mask mandate ban. And in September, a Vanity Fair headline called DeSantis an "angel of death."

Meanwhile, as Florida is reporting the lowest number of cases in the nation per capita, states with strict lockdown restrictions have endured recent spikes in coronavirus cases.

Michigan, where Gov. Gretchen Whitmer (D) implemented some of the most restrictive lockdown policies in the nation during the early days of the pandemic, leads the country in daily coronavirus cases per capita, with a daily average of 8,457 cases as of Friday.

New York state is reporting a daily average of 6,753 cases despite disgraced former Gov. Andrew Cuomo (D) being lauded by the media for his handling of the coronavirus and even received an Emmy Award for his leadership during the pandemic.

"It just shows once again the success of Governor DeSantis’s science-based and data-based policies," DeSantis Press Secretary Christina Pushaw told Fox News Digital about Florida's COVID low number of COVID cases. "He’s always made decisions based on the data and that continued even during the Delta surge this summer what he realized would help was not mask mandates in school or lockdowns but provide treatment that actually works."

"He opened the 25 state-supported monoclonal antibody sites and provided that treatment all over the state free of charge to over 150,000 Floridians, saved thousands of lives, and that happened starting in August," she continued. "Since then our cases are down by over 95% with no restrictions on people's freedom."

Pushaw added that said she hopes states seeing a surge in infections will "learn from Florida's experience" and lean on effective treatments instead of lockdowns that "we've seen time and time again" do not work.