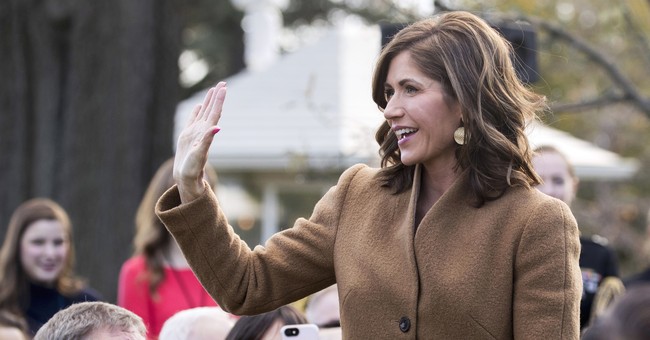 South Dakota Gov. Kristi Noem issued an executive order Tuesday preventing telemedicine abortions in the state, instead requiring that the medication be picked up in-person from a physician.

Through her executive order, Noem is requiring that abortion-inducing medications such as mifepristone can only be provided to a woman by a physician licensed in South Dakota after an in-person examination. Her order also states that data on the number of chemical abortions performed, any complications and information on whether the woman was "coerced or sex trafficked and forced to take the pills," will also be gathered.

She also outlined that manufacturers, suppliers and doctors will not be allowed to supply abortion medications through telemedicine or mail service. Such medication is also barred from being given to women on any school or state grounds, including colleges and universities.

Noem acknowledged that the Food and Drug Administration is likely to reduce restrictions on abortion medications later this year, and wrote that "the result is likely to be an increase in chemical abortions and resulting complications."

"The Biden Administration is continuing to overstep its authority and suppress legislatures that are standing up for the unborn to pass strong pro-life laws. They are working right now to make it easier to end the life of an unborn child via telemedicine abortion. That is not going to happen in South Dakota," Governor Noem said in a press release announcing her order. "I will continue working with the legislature and my Unborn Child Advocate to ensure that South Dakota remains a strong pro-life state."

This comes shortly after a Texas law recently went into effect that bans abortions after a heartbeat is detected. It will also allow private citizens to sue doctors or anyone else who helps a women get an abortion after six weeks of pregnancy for up to $10,000 and legal fees.

President Joe Biden called the Texas law "un-American" while U.S. Attorney General Merrick Garland assured abortion seekers that the Department of Justice would protect them amid its efforts to protect access to the procedure.