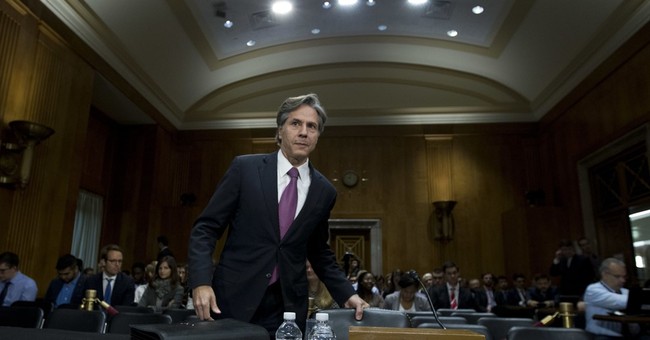 The United States Department of State was found to have been a victim of a cyber attack, and alerts surrounding a potential serious breach were made by the Department of Defense Cyber Command.

And while the administration says the breach likely occurred a couple of weeks ago, it is not yet known when it was discovered by officials, according to FOX News.

The State Department's efforts to evacuate U.S. citizens and allies from Afghanistan have not been impacted amid the Taliban's takeover of the region, an unnamed source told FOX.

The breach's extent, suspects, mitigation efforts and risk to further operations has not yet been disclosed.

"The Department takes seriously its responsibility to safeguard its information and continuously takes steps to ensure information is protected," a State Department spokesperson said in a statement to Townhall. "For security reasons, we are not in a position to discuss the nature or scope of any alleged cybersecurity incidents at this time."

Federal law requires governmental agencies to determine whether the cyberattack meets the criteria of a "major incident." The agencies must then inform Congress, within one week, if such criteria has been met.

Earlier this month, a report from the Senate Homeland Security committee gave the State Department a "D" rating for its overall information security due to its ineffectiveness in 4 out of the 5 function areas. This is the lowest possible rating of the federal government's maturity model.

The committee highlighted that "sensitive national security information" was put at risk by the State Department.

"Auditors identified weaknesses related to State’s protection of sensitive information and noted the Department ‘did not have an effective data protection and privacy program in place’," it said.