Cuomo's Groping Accuser Willing to Take a Polygraph, Requests He Take One Too 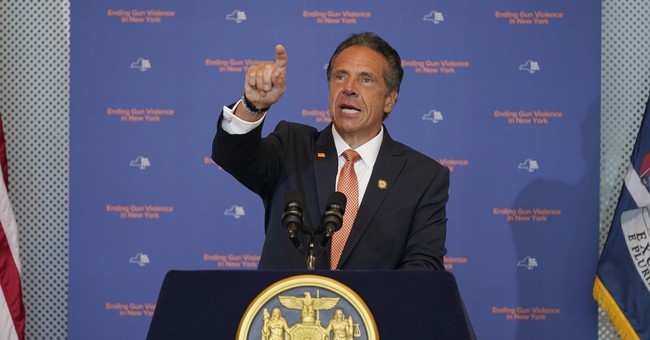 The woman who alleged that New York Gov. Andrew Cuomo groped her last year said she would take a polygraph test, and urges the governor to do the same.

The accuser's legal representative, Brian Premo told the Times Union Friday that his client said she told him "the day we met…that she would take a polygraph test — without hesitation."

Premo also allegedly requested that Cuomo take a polygraph test to answer questions about her accusations against him.

The accuser has said that the governor groped her breast over her bra after reaching his hand under her blouse.

"He pulled me close and all I remember is seeing his hand, his big hand," the Cuomo aide said in an April interview with the Times Union. "I remember looking down like, 'Holy sh__.'"

Several other women have also accused Cuomo of sexual harassment. The governor has denied inappropriate behavior toward Premo or any other women.

Cuomo, amid the 2018 confirmation hearings of now-Justice Brett Kavanaugh, requested that the Supreme Court appointee agree to take a polygraph test after being accused of sexual assault.

"Why won't he take a polygraph? Dr. Ford did," Cuomo said, referring to Christine Blasey Ford, Kavanaugh's accuser. "If he does not take the polygraph test, it is the ultimate ‘he said, she said.' It is the one powerful piece of evidence that seriously damages his credibility."

Here is one basic fact that badly hurts Judge Kavanaugh: Why won't he take a polygraph? Dr. Ford did.

President Trump: You can and should ask him to take the test. pic.twitter.com/aPP4xNOEB3