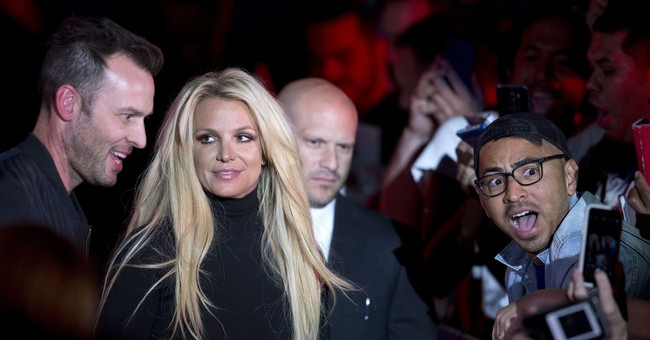 Mathew Rosengart, who joined Britney' legal team earlier this month, filed the petition requesting that her father be removed from the conservatorship in favor of accountant Jason Rubin, according to NBC News.

The court filing said the request was an "objectively intelligent preference to nominate a highly qualified, professional fiduciary in this circumstance."

"This petition is being filed concurrently with a petition for removal of current conservator of the estate, James Spears," the motion read.

The filing emphasized that the move will not impact Britney' rights in looking to end her conservatorship.

The petition included Britney's mother, Lynne Spears, and conservator-of-the-person, Jodi Montgomery, stating their support for the end to Jamie's reign as conservator. They both said in statements that his relationship with Britney is harmful to her wellbeing.

Lynne said that Jamie's "absolutely microscopic control" of Britney through threats and coercion led to the father-daughter relationship only consisting of "fear and hatred."

Rosengart told reporters outside the courthouse Monday afternoon that the legal team has moved swiftly in their efforts to free the pop star from her conservatorship.

"Less than two weeks ago, we pledged that after 13 years of status quo we would move aggressively to suspend and remove James Spears," Rosengart said. "It is now a matter of public record that we have done so in less than two weeks. We look forward to litigating the matter in court."

Jamie has been in control of his daughter’s life in different capacities since the beginning of the conservatorship in 2008. In 2019, he was temporarily made the sole executor of Britney's estate following his co-conservator, Andrew Wallet, stepping down.

After Britney's case caught the attention of Capitol Hill, a bipartisan group of lawmakers introduced a bill last week that would allow individuals to request a new conservator without having to prove abuse or fraud.