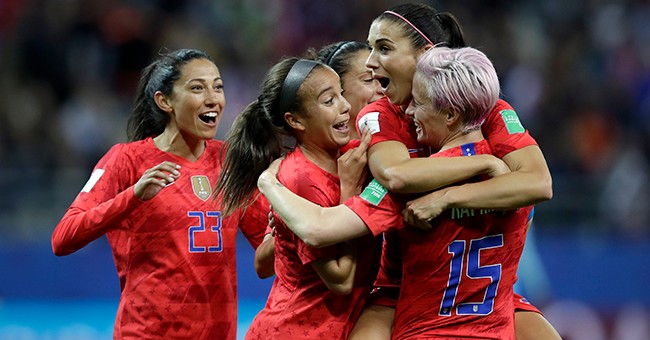 The U.S. women's soccer team on Friday appealed the 2020 dismissal of an equal pay lawsuit, alleging that the judge's decision not to hear the case was "based on a flawed analysis of the team's compensation, despite the abundant evidence of unequal pay."

In 2019, several players sued the U.S. Soccer Federation for allegedly financially discriminating against the women's team based on their gender, CNN reported.

Judge Gary Klausner dismissed the lawsuit in May 2020 because, as he notes, the women's team had the opportunity to choose the same collective bargaining agreement that the men's team chose.

Friday's appeal requests that Klausner reconsider certain aspects in the case, such as how the women's team averages more wins than the men's team, according to The Wall Street Journal.

"In effect, the court held that pay is equal if a woman can obtain the same amount of money as a man by working more and performing better," the appeal read. "That is not the law."

In a statement to CNN, player spokesperson Molly Levinson slammed the ruling, saying that "If a woman has to work more than a man and be much more successful than him to earn about the same pay, that is decidedly not equal pay and it violates the law."

The USSF addressed the appeal in a statement, where it backed Klausner's ruling that the women's team selected their pay through the CBA when they could have chosen one that resembled that of the men's team.