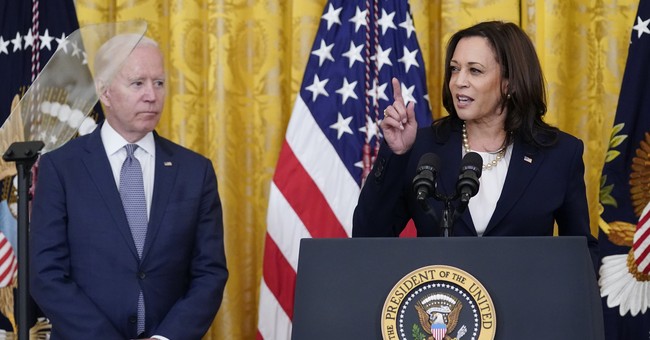 Vice President Kamala Harris said of her long list of duties assigned by President Joe Biden that she needs to learn to say "no" to her boss more frequently.

Biden has called on Harris to take charge of vital White House tasks such as the crisis at the southern border, the expansion of voting access, the increase of broadband access and combatting racial inequality, among other high-profile issues.

In a Friday interview with BET, Harris was asked if her full plate of assignments was too much for her to handle but she said she is accustomed  to taking on multiple tasks and that she is motivated by the goals set by the Biden administration.

"Yeah, maybe I don't say ‘no’ enough," Harris said. "But I do believe that these things are achievable. It's just a lot of hard work, but that's why we're here and that's what people wanted, right?"

"We will go into these positions that we will arrive in these positions, and we will work hard and get things done," she continued. "And that's what motivates me, truly."

Harris has received criticisms from Republicans for her handling of the U.S.-Mexico border crisis after being tapped by Biden as the border czar. She waited until June to finally visit a border state, and when she did, she only briefly left the El Paso, Texas airport to visit a Border Patrol station, hundreds of miles from the actual crisis, before departing for California.

Her other White House assignments include being in charge of black maternal mortality, infrastructure, women in the workforce and the Space Council.