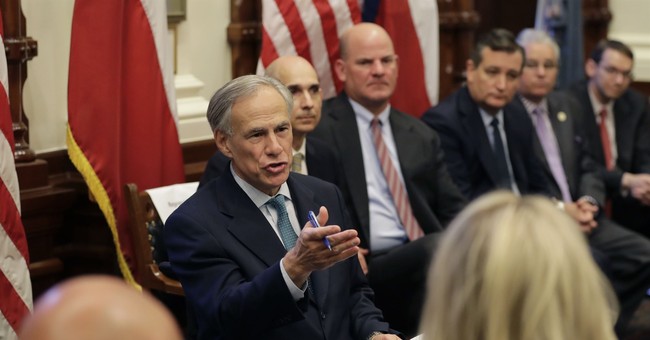 Texas Gov. Greg Abbott (R) vetoed part of the state budget bill that would fund the state legislature, which he promised to do last month following a mass walkout by state Democrats to prevent an election integrity bill from passing.

The governor said in a statement, according to The Texas Tribune, that he does not approve of the appropriations that would fund the legislature.

Funding should not be provided for those who quit their job early, leaving their state with unfinished business and exposing taxpayers to higher costs for an additional legislative session.

Abbott said last month that he would veto Article 10, which funds the legislature, over the Democratic lawmakers decision to stage a walkout during a legislative session to ensure that the required 100-member quorum was not met for the vote on the election reform bill, preventing it from making it to the governor's desk, where it would have been signed into law.

The bill, which Democrats have called an "assault on our democracy," would ban drive-through voting, require identification for mail-in ballots and make it illegal for election officials to mail ballots to voters who did not request one.

House Democratic Caucus Chairman Chris Turner said Friday the veto was an “abuse of power” by the governor and that the caucus was “exploring every option, including immediate legal options, to fight back."

House Speaker Dade Phelan (R) was bothered by how the veto could affect other agencies funded by the article, saying that he was "concerned how it impacts them because they weren’t the ones who decided that we were going to break quorum, it wasn’t their decision, right?"

Article 10 of the budget could be restored if they were to hold a special session prior to the beginning of the budget's fiscal year, which starts Sept. 1.